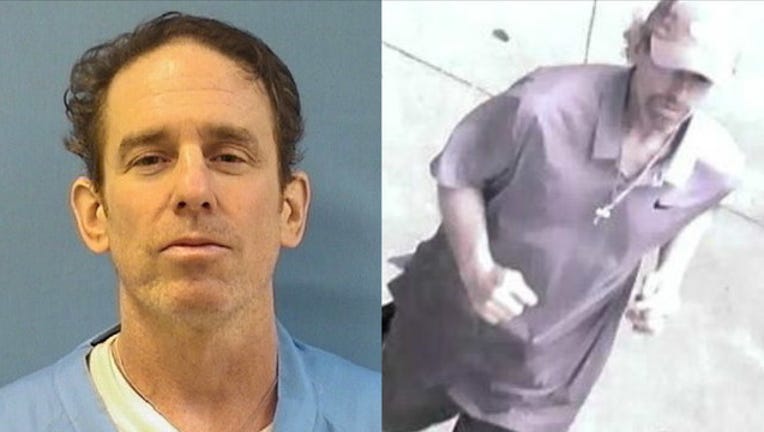 CHICAGO - Federal charges have been filed against a man suspected of robbing five Chicago-area banks in just over a week.

Kurtis Krotser, 51, is charged with bank robbery by intimidation for the June 26 hold-up at a Citibank branch, 180 N. Michigan Ave., according to a criminal complaint filed Monday in U.S. District Court. He was arrested at 1:59 p.m. on July 5 after he allegedly tried to rob the bank.

Members of the FBI’s Violent Crimes Fugitive Task Force were conducting surveillance downtown because of the string of recent bank robberies when they saw Krotser walk into the branch and leave a short time later, prosecutors said. FBI agents and Chicago police officers noticed he matched the description of the robber.

An FBI agent entered the bank but did not see any employees, according to the complaint. When he announced himself as law enforcement, an employee came forward and said someone had just tried to rob the bank.

The agent then told other members of the task force to take him into custody, prosecutors said. In an interview with investigators, Krotser admitted to the June 26 robbery and said he spent the $1,443 he stole on beer and drugs and gave it away to acquaintances.

He walked into the bank at 2:15 p.m. and handed the teller a note that read, “This is A Robbery. I Have A GUN – I Will Kill you give Me CASh,” according to the complaint. He then told the teller to hurry and threatened to shoot her.

He is being held at the Metropolitan Correctional Center in Chicago, according to Federal Bureau of Prisons records.

His criminal history includes convictions for theft, burglary and writing bad checks dating back to 1994, according to Illinois Department of Corrections records. He was released on parole in December 2018 for a 2015 conviction for DUI with a suspended or revoked license and possession of a stolen vehicle.

Krotser is due to appear for a detention hearing before U.S. District Judge Maria Valdez on Wednesday.