A sneaky shark circled an alligator and nibbled on its foot while it was minding its own business near a dock in Hilton Head Island, South Carolina. (Credit: Cory Conlon via Storyful)

HILTON HEAD, S.C. - Tourists in Hilton Head, South Carolina captured video of a curious shark biting an alligator’s foot and suffice it to say, neither critter got what they wanted.

Several nature watchers enjoyed a view of an alligator sunbathing near the docks. Video showed that just beneath the alligator was a shark circling.

Tourists were throwing snacks at the alligator but it seemed uninterested. The shark, however, continued to get very close to the surface as it circled the alligator.

Suddenly, the shark nipped at the alligator’s left leg, causing the animal to jump, but it appeared unharmed. 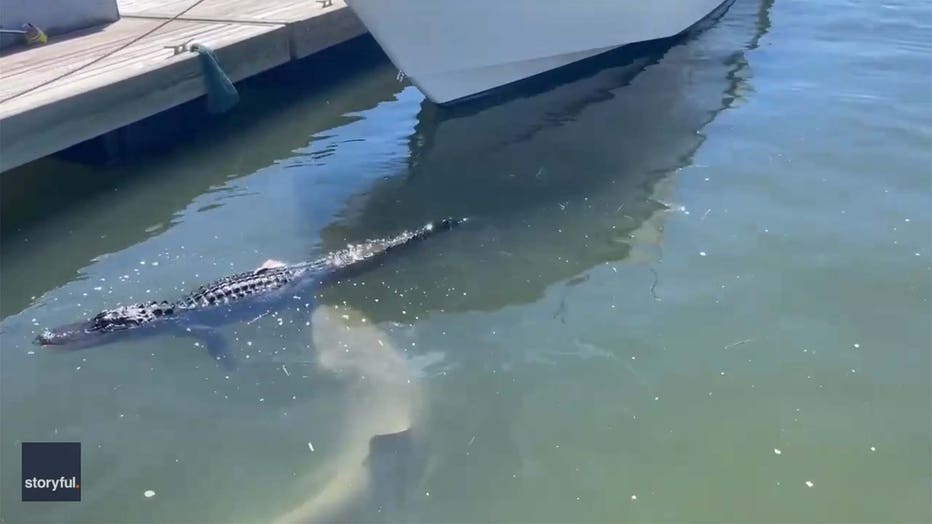 FILE - Freeze frame of an alligator being bitten by a shark.

The alligator resumed its sunbathing position and the shark continued to swim beneath it.

"I was surprised to see this so I filmed it with my phone to show family and friends," Cory Conlon, the man who filmed the video, said.

Storyful contributed to this story.