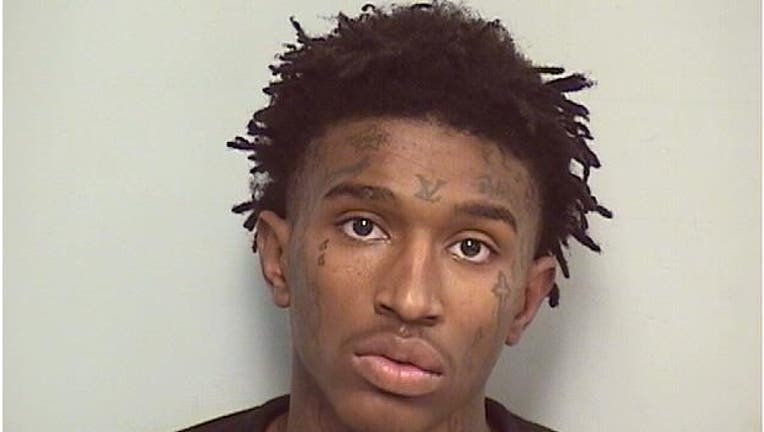 ZION, Ill. - A 21-year-old Antioch man wanted in a shooting in Zion was arrested Thursday after ramming into a squad car, leading to a chase through the north suburb, where he crashed into a guardrail.

Jayvion C. Scott is charged with aggravated battery to an officer, resisting arrest, criminal damage to property, aggravated fleeing and eluding, the Lake County sheriff’s office said in a statement.

A sheriff’s warrants team and U.S. Marshals attempted to arrest Scott on a aggravated battery with a firearm warrant about 1:15 p.m. Thursday as he left his home in the 2300 block of North Lewis Avenue and entered a vehicle, the sheriff’s office said.

Scott then rammed a squad car and drove through the front yard, puncturing a tire, the sheriff’s office said. He continued driving and lost control of his vehicle near Lewis Avenue and Russel Road in unincorporated Zion, striking a guard rail.

Officers arrested after he refused to exit his vehicle, the sheriff’s office said. A U.S. Marshal team cut his arm during the arrest and was treated at a hospital.

Scott was also taken to a hospital for evaluation, and was released back into custody. He was ordered held in Lake County Jail on a $2 million bail.