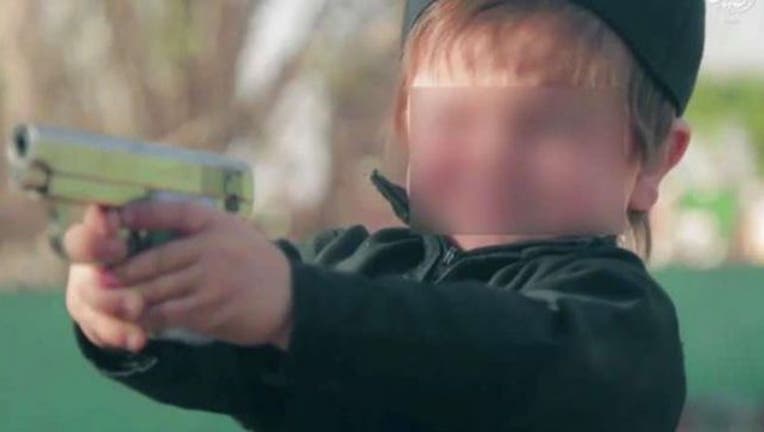 The young children, who appear to be from toddler age to around ten years old, are filmed wearing camouflage army-style uniforms while brutally killing their victims in Deir ez-Zor, Syria.

One extremely young boy is filmed clutching a gun and shooting a man in the head. A slightly older boy brandishes a large knife and savagely cuts a man’s throat.

The video was released by an ISIS-linked Twitter account over the weekend with an Arabic title which roughly translates to “He Made Me Alive With His Blood.”