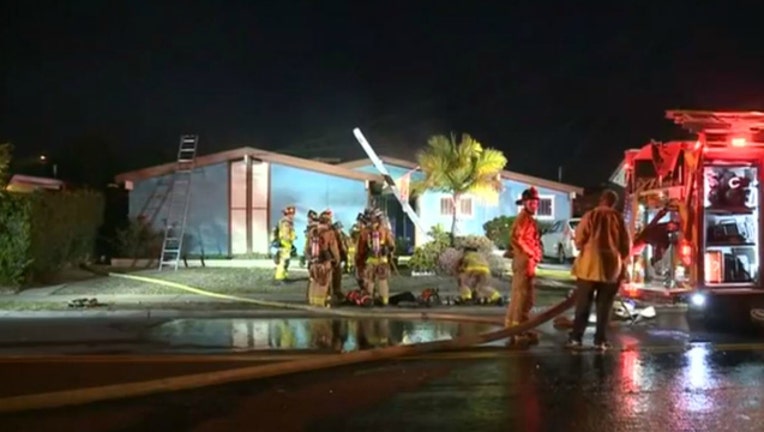 SAN DIEGO (AP) - Authorities in southern California say at least two people are dead after a small plane crashed into a home in San Diego.

The single-engine, six-seat Beech BE36 Bonanza had taken off from Montgomery Field about a half mile away.

The San Diego Union-Tribune reports the pilot and a passenger were taken to a hospital with burns, and two passengers died at the scene.

The paper reports the pilot apparently tried to land in a field behind the house. The plane skidded through a fence and crashed into the back of a home, sparking a fire.

The occupants of the house were not home, but neighbors said their small dog died.