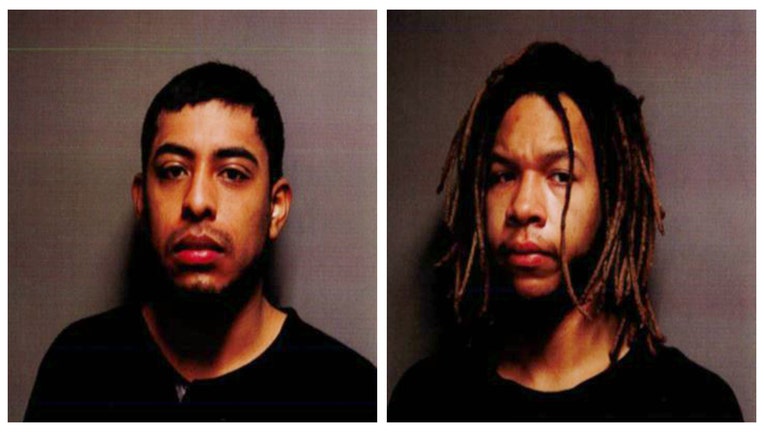 PARK RIDGE, Ill. - Police in the Chicago suburb of Park Ridge say they've arrested suspected burglars after a man identifying himself as a soldier in Iraq called them to say he'd just seen on the smart phone he'd hooked up to doorbell camera two men leave his garage with his power tools.

Police say they sent officers to the area shortly after the early Friday call and spotted two men loaded down with power tools.

The men were arrested on burglary charges and police say they're also suspected of sealing items from cars parked in the area.

Police wrote in their press release that they extend their "sincere appreciation to Soldier Richard Wharton who, while protecting his country overseas, also assisted his hometown police department int he apprehension of two burglary suspects."