OAKLAND, Calif. (KTVU) - An Oakland woman will be marking a milestone on Christmas Day when she celebrates her 100th birthday. Her husband turned 103 just last month.

Ruth and Henry Fung shared with KTVU their secret to longevity and a lasting relationship.

Emanating from this corner home in Oakland's Lake Merritt neighborhood is music from another era— during the youthful years of the couple.

"I don't have any hobbies. I don't know what to do with myself," says Ruth.

Ruth enjoys listening to music from Pandora and plays Candy Crush on her iPad and emails with an exuberance that belies her age— 99 years old.

"Give me your hand...let me hold your hands. We like to hold hands," says Ruth.

She says romance and patience are key to a successful marriage—76 years and counting. Husband Henry turned 103 last month.

We asked Henry what he likes to do with Ruth.  "Just sit down there ...talking…that's it," says Henry.

It sounds simple, but it works.  Henry is a man of few words, but he has what it takes to make Ruth happy.

"He's very sweet and gentle and loving," says Ruth with a smile.

She says they met in their twenties in Los Angeles and were married in 1940. They raised their family in this same Oakland home for 67 years.

"Thank the Lord for his blessing, for giving us six children: 3 boys, 3 girls.  Who could ask for more," says Ruth.

To raise their family, Henry worked as a waiter, then a chef.  Ruth was a stay-at-home mom and later an elementary school cafeteria worker.

She attributes her longevity and great health to not drinking or smoking. Henry is a former smoker.

In their decades in Oakland, they've seen a lot of change.

"Every day you pick up the paper; the killings so depressing.  But then, that's life.  Things that happen...happens," says Ruth.

She says she's never had any trouble except for a burglary at her home a few years ago. Still, she says life in Oakland has been good.

"I still thank the Lord for all that we have...my loving family...my loving children and friends," says Ruth.

Both husband and wife are in good health. They're looking forward to seeing their family for the holidays. 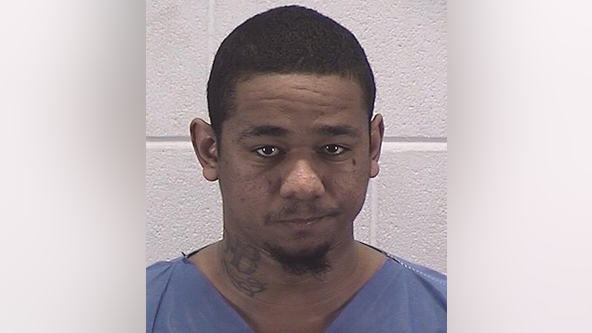