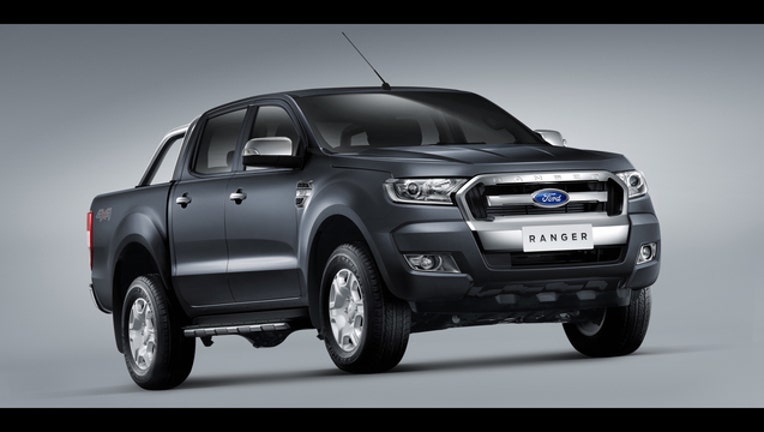 DETROIT (AP) - Ford is making plans for a return to the small pickup truck market in the U.S. with a new version of the Ranger.

The company is negotiating with the United Auto Workers about making the truck at a factory in the Detroit suburb of Wayne, Michigan, a person briefed on the matter said Wednesday. A new small SUV that may be called the Bronco also is under discussion, said the person, who asked not to be identified because the talks are part of national contract negotiations and no agreement has been reached.

The Wayne factory, which Ford calls the Michigan Assembly Plant, employs more than 4,400 workers. The 5-million-square-foot facility now makes the Focus compact and C-Max gas-electric hybrid. Ford is expected to move those products to a lower-cost factory in Mexico in 2018, but has yet to confirm the move.

"We actively are pursuing future vehicle alternatives to produce at Michigan Assembly and will discuss this issue with UAW leadership as part of the upcoming negotiations," spokeswoman Kristina Adamski said Wednesday in a statement.

In the 1990s, Americans bought more than 1 million small pickups every year, attracted by their lower prices, reasonable gas mileage and ability to haul light loads. Sales tumbled when bigger pickups, such as the Ford F-150, caught up in fuel economy.

Ford got out of the small pickup market in the U.S. in 2011, followed by General Motors in 2012. But GM has returned to the market, selling nearly 88,000 Chevrolet Colorado and GMC Canyon models this year. Through July, small pickup sales are up 62 percent to more than 211,000, according to Autodata Corp.

The smaller trucks, which are more efficient that full-size pickups, could help GM and Ford meet government fuel economy requirements. New light vehicles must average 54.5 miles per gallon by 2025 under the standards.

Ford says it's negotiating on a vehicle for the Wayne plant but wouldn't talk about future products.