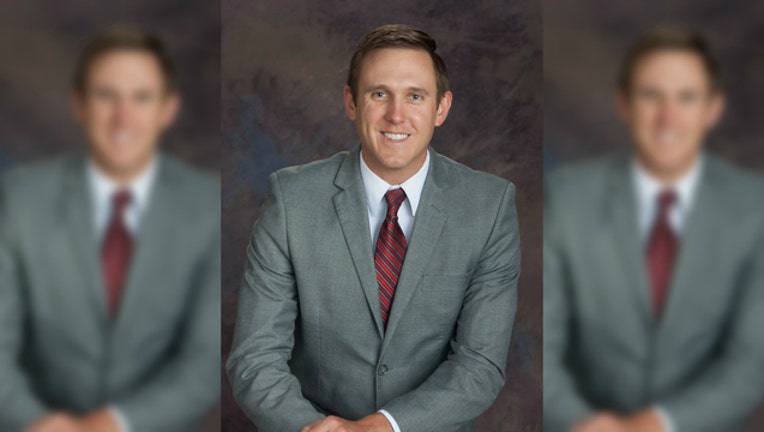 PIERRE, S.D. (AP) -- A South Dakota House member's admission this week that he had sexual contact with two interns has raised questions -- and conflicting accounts -- about the ways legislators and interns interact in this tiny government town.

One former intern says drinking with lawmakers was commonplace, with occasional flirting. A former state representative said she often saw lawmakers giving unwanted attention to interns and pages, and a "what happens in Pierre stays in Pierre" mindset in the state capital, which is home to only about 14,000 people.

"I've known legislators around these halls on and off for 40 years," said House Speaker Pro Tempore Don Haggar, a Republican. "Almost to a man and a woman, they're outstanding people in every facet of their lives."

The issue came to the fore this week when GOP state Rep. Mathew Wollmann, a 26-year-old former Marine, acknowledged the contact with interns in 2015 and 2016. In his admission, which came minutes after the House voted to set up a committee to investigate his conduct, Wollmann apologized and said he was ready to accept punishment.

He said both interns were over 21 and the contact was consensual. The Associated Press has been unable to verify that. A woman believed to be one of the two women did not respond to messages, and the AP was unable to identify the second woman.

Wollmann is the second South Dakota lawmaker in roughly a decade to be investigated for alleged misconduct involving interns or pages. In 2007, the state Senate censured Democrat Dan Sutton after he was accused of fondling an 18-year-old page when they shared a motel room during the 2006 legislative session. Sutton denied the allegation and was re-elected.

In South Dakota, interns are college students, some 21 or older. Pages are high school students. While interns are forbidden to socialize with pages, no such prohibition exists between interns and legislators.

Legislative rules also don't explicitly ban sexual contact or relationships between lawmakers and interns, although they do prohibit sexual harassment and call on lawmakers to maintain "the highest of moral and ethical standards."

Wollmann's public admission came shortly after a legislative committee voted down a new rule -- proposed by a lawmaker who had raised questions privately about Wollmann's conduct -- to explicitly bar legislators from sexual contact with interns and pages. One lawmaker who spoke against the change said he felt the current rules were sufficient.

Former Democratic state Rep. Peggy Gibson, who served eight years before retiring last year, said she noticed unwanted attention from lawmakers toward interns and pages, such as too much touching in the hallways or sexual references and jokes.

"What happens in Pierre stays in Pierre and that's kind of been the philosophy," Gibson said.

Olivia Siglin, a legislative intern in 2014, said drinking with lawmakers was common and that she saw occasional flirting between legislators and college-age interns. She said many of the interns would accompany legislators to receptions at hotels or meeting centers, and later to bars.

"Past interns had told me about the drinking," Siglin said. "You can avoid that pretty easily if you want to, but you miss out on networking. If you avoid the events you miss out on a lot of the bonding opportunities."

Menno Schukking, a legislative intern in 2014, said he attended some receptions where there was alcohol. But he said he saw no flirting and knew of no sexual relationships between politicians and interns.

House Majority Leader Lee Qualm said lawmakers and interns may attend the same banquets or functions, but he said as far as "going any place to get together with the interns, that doesn't happen."

Interns and pages are overseen by the Legislative Research Council. A manual instructs that they should attend only after work social functions to which they are invited, but doesn't discuss consuming alcohol, Director Jason Hancock said in an email. During orientation, interns are advised to tell their supervising lawmaker or the LRC if they are subjected to sexual harassment, Hancock said.

The House committee that will consider potential discipline for Wollmann meets Tuesday.