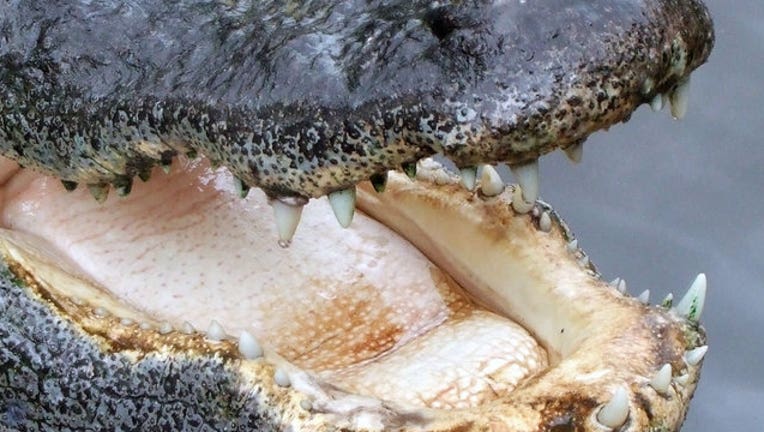 SOUTHWEST RANCHES, Fla. (AP) - Police in South Florida were called to a gruesome scene: a pair of alligators eating a human body.

The Sun Sentinel reports that Davie Police Capt. Dale Engle says the body found Monday in Southwest Ranches, about 20 miles west of Fort Lauderdale, appears to have been at the location for a long time.

Engle says officers were able to scare the alligators away from the body but the two lingered as officers tried to recover the body.

He says the cause of death and whether the body is a man or woman are both unknown.

Engle says a dive team would attempt to recover the body Monday evening.