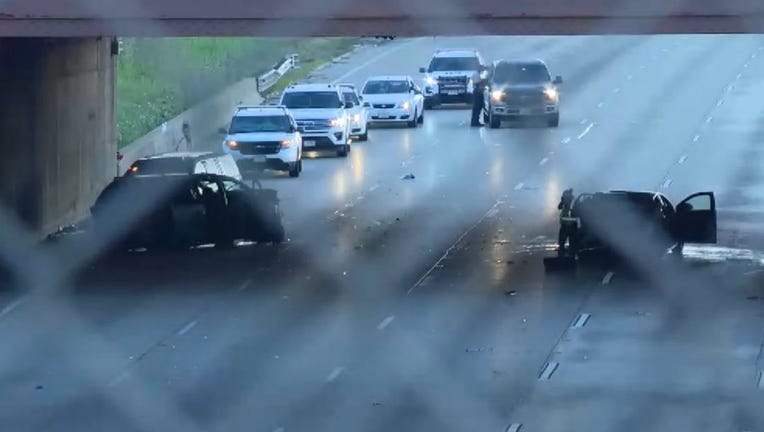 CHICAGO - The southbound Dan Ryan Expressway reopened at 10 a.m. Friday after a series of overnight crashes left two dead and four others, including an infant, injured in multiple separate crashes.

The first crash, a hit-and-run, happened about 12:04 a.m., and killed a pedestrian on southbound I-94 near 83rd Street, according to state police. The pedestrian was dead at the scene.

The Cook County medical examiner’s office identified him as 27-year-old Devin Polk. He lived in Back of the Yards.

About 12:10 a.m., a motorcyclist was injured in another crash in the northbound lanes near 83rd, state police said. The person was taken to a hospital in serious condition.

A four-vehicle crash occurred shortly before 1:30 a.m. in the southbound lanes near 87th Street, according to state police. An infant was taken to Comer Children’s Hospital in critical condition and an adult was taken to the University of Chicago Medical Center and stabilized.

Hours after that, another person was killed in a two-vehicle crash near 73rd Street, state police said. One of the vehicles burst into flames upon impact.

The driver of the burning vehicle was pronounced dead at the scene while the other driver was taken to a hospital with injuries that were not thought to be life threatening, according to state police.

The medical examiner’s office has not released details about the fatality.