CHICAGO - A space heater likely caused a fire that killed a mother and her four young children Wednesday in Des Plaines.

That’s the assessment of city fire officials, whose preliminary investigation shows the blaze started at the top of the stairs to a second-floor unit — the only exit from the unit where the family was found.

There were no working smoke detectors on the second floor, Des Plaines spokeswoman Jennie Vana said in a statement. Initial findings don’t point to foul play, she said.

The investigation is now focused on how the heater might have ignited the fire, she said.

The fire started in the two-story duplex Wednesday morning in the 700 block of Oakton Street, Fire Chief Daniel Anderson said.

Four sisters were pulled from the home and taken to a hospital, where they died. They were identified as Grace Espinosa, 1, Allizon V. Espinosa, 3, Genesis A. Espinosa, 5, and Renata P. Espinosa, 6. Their mother, Citahaly Zamiodo, 25, died at the scene

Autopsies by the medical examiner’s office ruled their deaths an accident, saying they died of thermal and inhalation injuries from the fire.

The father was at work at the time of the fire, a neighbor said. 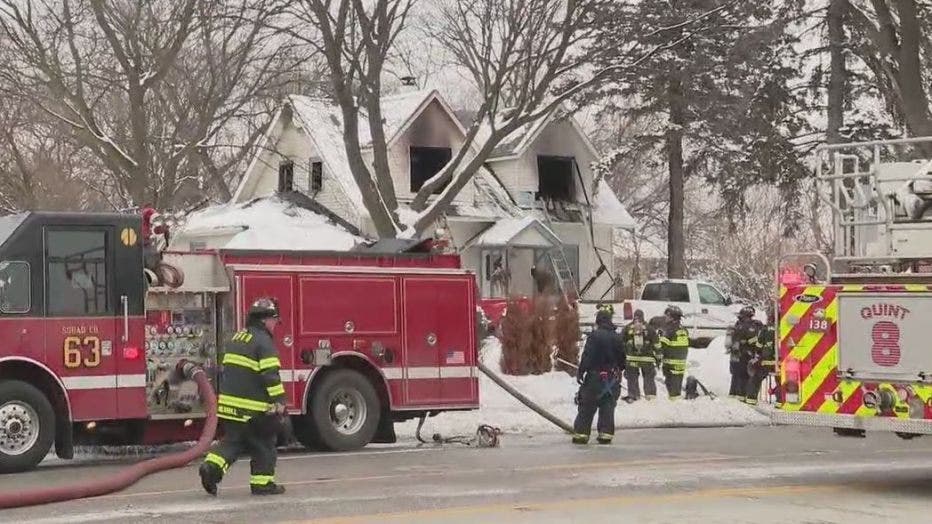 The home, which was destroyed by the fire, was 104 years old and was already divided into four apartments when it was annexed into the city in 1973, Vana said. The duplex arrangement was allowed under a grandfather clause in a city ordinance.

The property had a "long history" of property maintenance code enforcement violations that resulted from resident and neighbor complaints, Vana said in the statement.

The home was cited for illegal burning, unregistered vehicles and debris, she said. There is currently an active code enforcement case pending, Vana said, although she didn’t specify what it was for.

Des Plaines also issued a violation to the property owner, Manuel Espinoza, for operating a landscaping business from the house against zoning laws, Vana said. The building did not have any pending building code violations at the time of the fire.

The city last inspected the home in 2018 for a resale, Vana said. At the time, the home passed an internal and external inspection and had working smoke and carbon monoxide detectors, she said.

The ongoing investigation is being conducted by the Des Plaines Fire Department, the Illinois Office of the State Fire Marshal and a regional mutual aid task force.