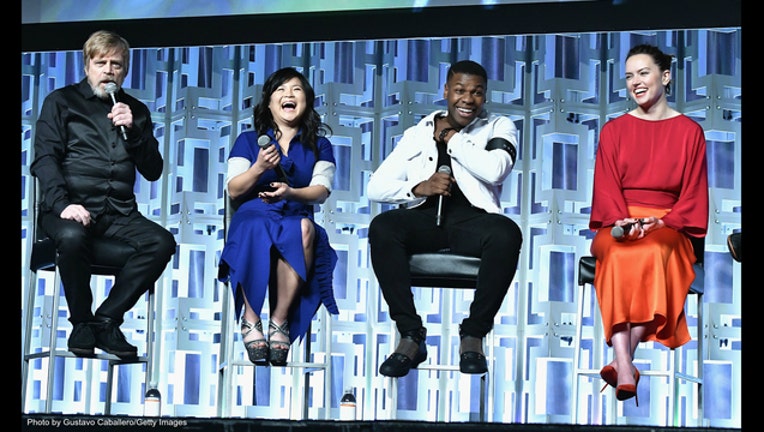 NEW YORK (AP) - After tweeting that snow in Atlanta might keep him from making the "Star Wars: The Last Jedi" premiere in Los Angeles, actor John Boyega has apparently landed, just without his luggage.

Publicist Lindsay Galin told The Associated Press that Boyega's flight did take off Saturday morning and that he was "on schedule" to make Saturday night's event. Early in the day, Boyega had tweeted from Atlanta: "Looks like no one's leaving!" and "I actually NEED a pilot." A snow storm led to hundreds of cancellations at Atlanta's Hartsfield-Jackson International Airport.

Boyega tweeted Saturday afternoon that he had arrived in Los Angeles, but his luggage didn't arrive with him.

Boyega's earlier tweets prompted a flurry of Star Wars jokes and memes online, including one from a fan who suggested Harrison Ford fly him to the premiere. Ford, a licensed pilot, co-starred with Boyega in 2015's "Star Wars: The Force Awakens."