On Thursday, over 200 people came together for one cause, to call out racial injustice.

On Thursday, over 200 people came together for one cause: to call out racial injustice. A march started at the Oak Park Police Department and traveled almost a mile to Chicago PD's 15th District in the 5700 block of West Madison.

The peaceful protest was led by the state representative. He is calling on Governor Pritzker to put legislation in place that forces police accountability and reforms.

"We aren't back in session until November, so we need the governor to take action and put police accountability in place. He has the power and he can do it,” Ford said. 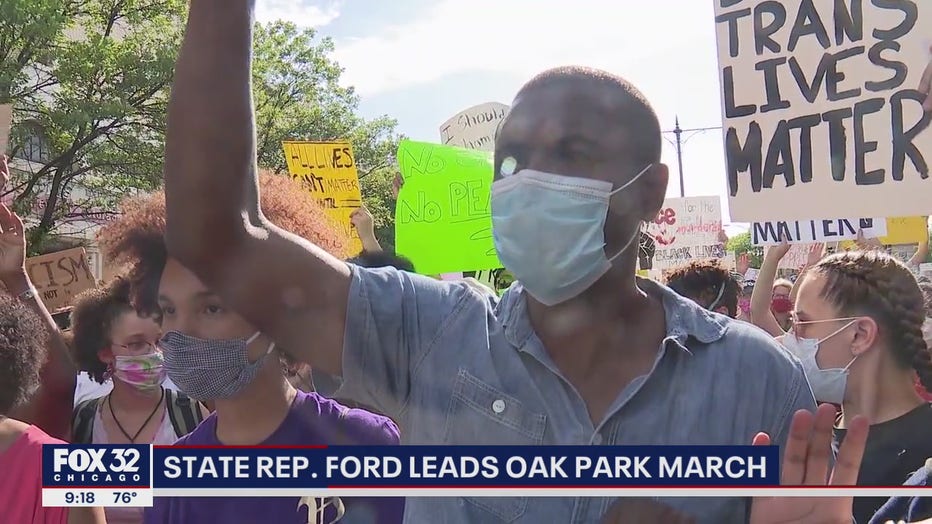 Chicago has seen cases of police killings and there is fear if the governor does not act, the crimes will continue.

In the same location, teens rallied demanding the defunding of police and immediate changes for the Oak Park-River Forest schools. There has been issues with racism.

"Silence in general is not good for this cause, that's why people should continue to speak out past these months,” Nicholson said.