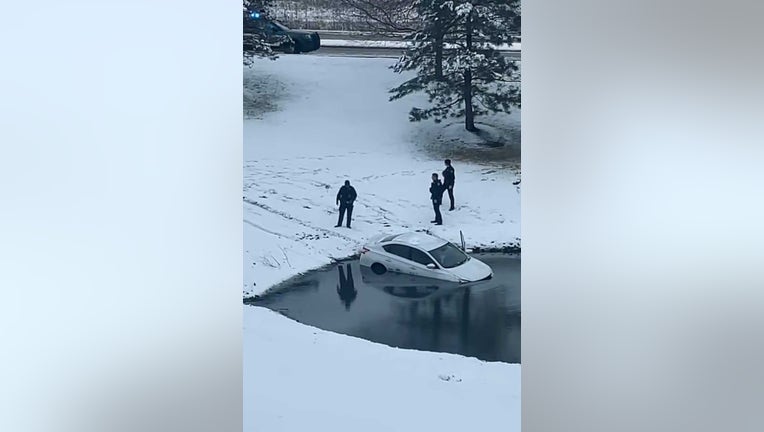 The car crashed into the pond in the area of Orland Parkway and LaGrange Road around 3 p.m.

The driver was gone upon Orland Park police arrival, leading to a search, police said.

During an investigation, police said it was discovered that the car was stolen out of Bloomington. The cause of the crash is unknown.

The department conducted a K-9 search, which ended near tire tracks in the snow, leading police to believe that the driver was picked up by another vehicle.

Hannah Rahman, who works nearby, reported the incident to police.

"I was on my lunch break when I looked out the second floor window and saw a car that had slipped into the ditch," Rahman told FOX 32. "I ran outside to see if anyone was in the car and if they needed help, but nobody was around."

All investigative follow up was turned over to Bloomington police.

FOX 32 reached out to Bloomington for more information.