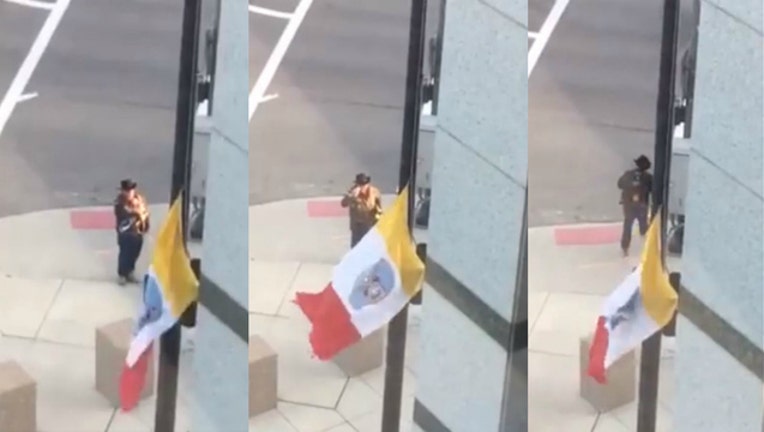 FOX NEWS - A stranger's tribute to a fallen police officer is touching the hearts of people across the country.

According to the Columbus Police Department, staff at their headquarters heard unexpected music outside their building on Sunday.

When they opened their windows, they saw a man playing "Taps" to honor Smith.