San Francisco police arrested Antoine Watson on Saturday after serving a warrant at a home in Daly City. He was booked on suspicion of murder, elder abuse and assault with a deadly weapon.

Officers also arrested 20-year-old Maylasia Goo on suspicion of being an accessory after the fact. 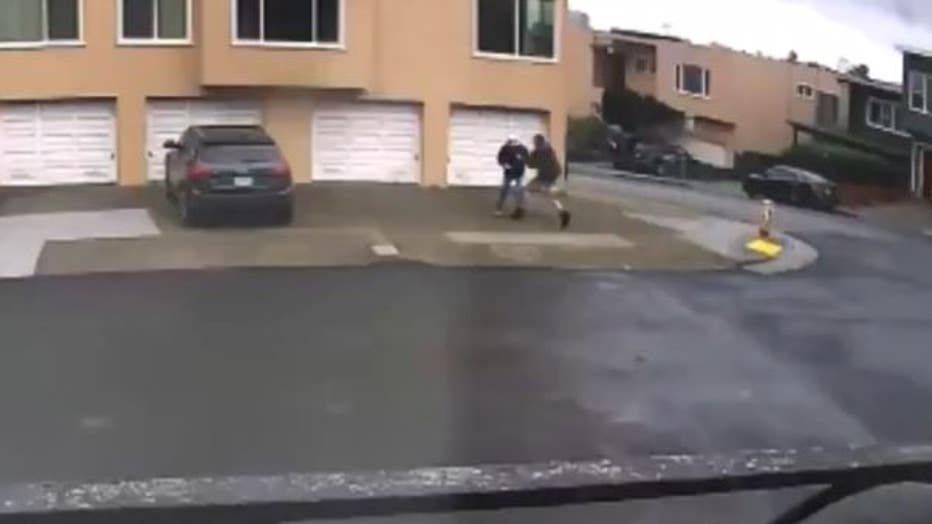 The victim was identified by family members as Vicha Ratanapakdee, a native of Thailand who lived in San Francisco.

The attack happened around 8:30 a.m. Thursday. Paramedics responded to the scene and found the victim lying on the sidewalk at Anzavista and Fortuna avenues, police said.

Security video of the incident captured by a neighbor and shared with KTVU show a man barrelling into the victim before taking off running.

Paramedics rushed Ratanapaddee to a hospital where he succumbed to his injuries two days later.

Investigators later recovered the video of the attack and determined the assailant had fled with a female associate, police said.

A tactical unit served the warrant and arrested Watson and Goo at a home on the 500 block of Lisbon Street in Daly City around 8:45 p.m. Saturday.

Evan Sernoffsky is an investigative reporter for KTVU. Email Evan at evan.sernoffsky@foxtv.com and follow him on Twitter @EvanSernoffsky.