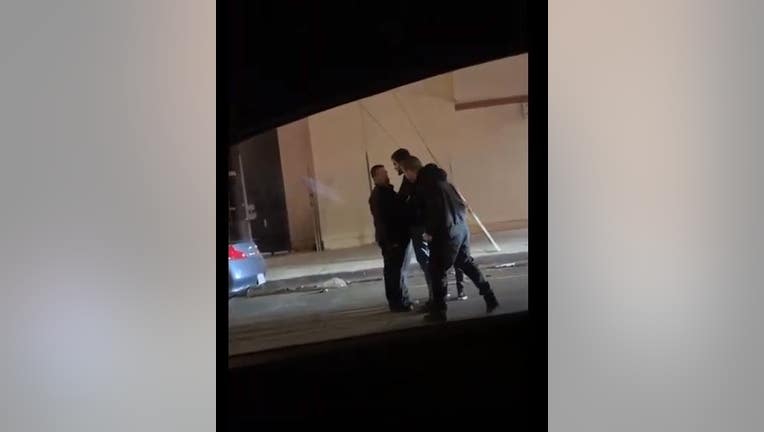 LOS ANGELES - A juvenile suspected of brutally beating a man during a road rage incident in Van Nuys has been arrested in the country of Armenia.

The Los Angeles Police Department says the victim was punched to the ground and left unconscious by two men on Jan. 1 2020 near the intersection of Victory Boulevard and Woodman Avenue around 9:30 p.m.

Related: $15K reward offered in road rage attack that left a man in a coma

The victim was stopped at a red light when the suspects pulled up behind him in a black Jeep, according to the Los Angeles Police Department. Surveillance video shows three people exiting the Jeep. The driver of the Jeep then punched the victim in the face while wearing brass knuckles, knocking him unconscious, police said.

The suspects jumped back in the Jeep, which was seen heading south on Woodman from Victory.

The victim sustained major injuries and was left in a coma following the attack and remains in the hospital, police say.

Police later identified the suspects as Robert Hovhannisyan and a juvenile who was armed with brass knuckles. Police say the two fled to Armenia.

Local law enforcement agencies along with the help of the FBI and the Department of Homeland Security the juvenile was taken into custody and returned to the U.S.