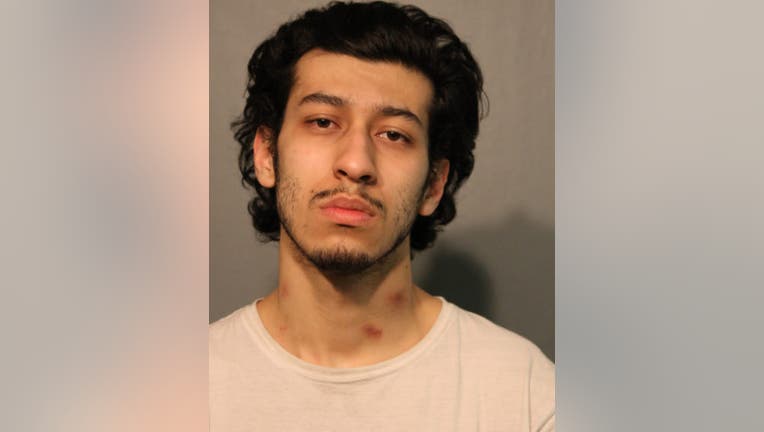 CHICAGO - Two people are in custody after allegedly fleeing Niles police in a stolen truck before crashing it Saturday in Logan Square on the Northwest Side.

Officers found a “suspicious U-Haul” about 9:30 p.m. in the back of a closed business in the 8500 block of Golf Road, Niles police said. Officers learned the truck was stolen and tried investigating.

The driver sped off towards Chicago, and officers alerted nearby police agencies about it, Niles police said.

The driver later crashed into a parked vehicle and building, causing minor damage, about 10:10 p.m. in the 2500 block of North Rockwell Street, Chicago police said. Two males were taken into custody, and no one was hurt, police said.

Sergio Aguilera, 21, and 30-year-old Enriquez Salvador were taken into custody, Chicago police said. Aguilera, of Markham, was charged with possession of a stolen vehicle and possession of controlled substance, along with several traffic citations.

Aguilera was released on electronic monitoring after posting 10% of his $5,000 bail, according to Cook County court records.