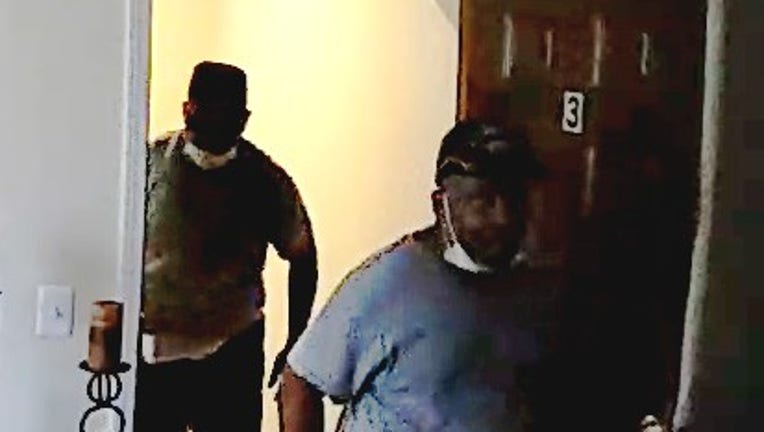 Chicago police released a photo of two men suspected in a series of apartment burglaries since July 8, 2020, in Bronzeville and Kenwood. | Chicago police

CHICAGO - Police are warning residents about a series of burglaries reported last month in Kenwood and Bronzeville on the South Side.

In each case, two men forced open the door of an apartment and stole property, according to a community alert from Chicago police.

Police released a photo of the men and are asking anyone with information to call Area One detectives at 312-747-8380.