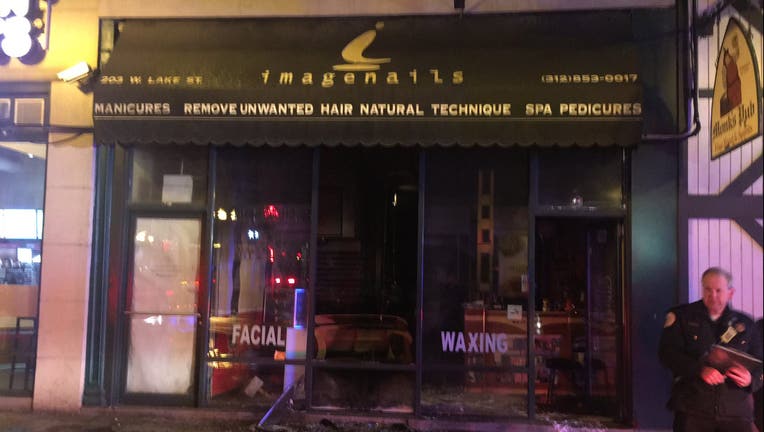 CHICAGO - The Chicago Fire Department is investigating a fire of “suspicious origin” at a salon in the Loop.

Fire officials responded about 3 a.m. to the Image Nails, Facial and Wax Shop, 203 W. Lake Street, for calls of a fire in the front area of the shop, authorities said. The fire was put out about 20 minutes after officials arrived on scene.

Someone broke the front windows of the shop and started the blaze, fire officials said.

An investigation is ongoing.