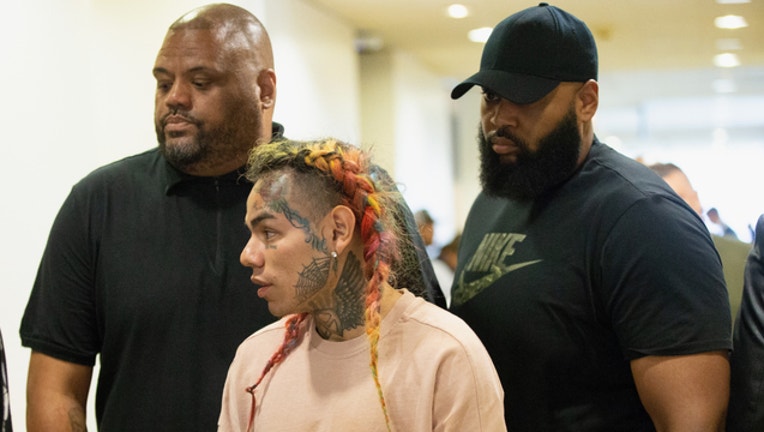 FOX NEWS - Rapper Tekashi 6ix9ine has been transferred from a federal facility in Brooklyn after he allegedly received threats on his life.

Tekashi, whose real name is Daniel Hernandez, was removed from the Metropolitan Detention Center in Sunset Park where he was being housed in general population following his Sunday arrest on racketeering and firearms charges, according to the New York Post.

Hernandez's lawyer Lance Lazzaro told the outlet he was unsure where his client was taken to but noted that he had been removed from Bureau of Prisons custody on Wednesday night.

One prosecutor told a judge Monday that former members of the rapper’s crew sought to inflict harm on 6ix9ine after he accused them of turning on him. Federal authorities took the rapper into custody after learning he was planning a trip to a Connecticut casino and thought a hit on him might put other people in jeopardy, according to TMZ.

A judge said at his initial hearing there was evidence that he directed or participated in multiple acts of violence as part of a deadly gang over the last eight months.

“The defendant is quite violent,” Assistant U.S. Attorney Michael Longyear said of 6ix9ine.

Prosecutors alleged 6ix9ine, 22, has publicly declared himself as a member of the violent New York gang, 9 Trey Bloods, which was mentioned throughout his indictment.