Biggest revelations from Meghan and Harry interview with Oprah

Prince Harry and the Duchess of Sussex said they encountered racist attitudes and a lack of support in a wide-ranging interview that aired March 7, 2021.

WASHINGTON - The White House on Monday responded to Prince Harry and Meghan’s interview with Oprah Winfrey, throwing its support behind Meghan after she revealed she contemplated suicide as she adjusted to royal life.

"For anyone to come forward and speak about their own struggles with mental health and tell their own personal story, that takes courage," Press Secretary Jen Psaki said during the White House media briefing. "That's certainly something the president believes."

Psaki then declined to comment further on the wide-ranging, bombshell interview that aired in the U.S. Sunday night.

Meghan told Winfrey that at one point, "I just didn’t want to be alive anymore." She said she sought help through the palace’s human resources department but was told there was nothing it could do.

Meghan, 39, admitted that she was naive at the start of her relationship with Harry and unprepared for the strictures of royal life.

Harry and Meghan, known as the Duke and Duchess of Sussex, announced they were quitting royal duties last year, citing what they said were the unbearable intrusions and racist attitudes of the British media, and moved to North America. That split became official this year, and the interview was widely seen as their first opportunity to explain their decision. 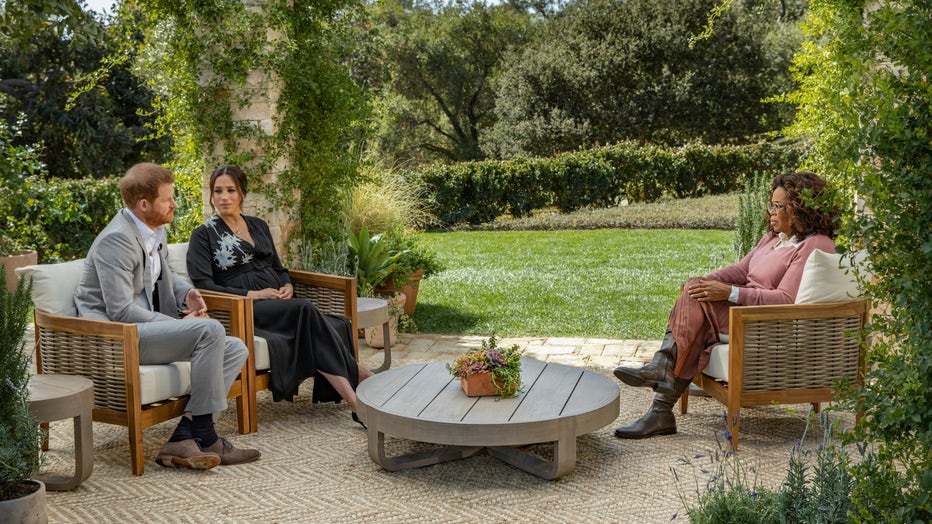 President Joe Biden and his wife tackled mental health through the Biden Foundation before it ended in 2019. The organization focused on the mental needs of many active military members, veterans and their families.

RELATED: Prince Harry says he stepped back from royal life because UK press was 'destroying' his mental health

According to the Centers for Disease Control and Prevention, suicide was the tenth leading cause of death in the U.S. in 2018, claiming more than 48,000 lives. From 1999 to 2018, the suicidal rate increased 35%, according to the CDC.

If you or someone you know is having suicidal thoughts, you can seek help from the National Suicide Prevention Lifeline in the United States on 1-800-273-8255. The Samaritans in the United Kingdom can be reached on 116 123.