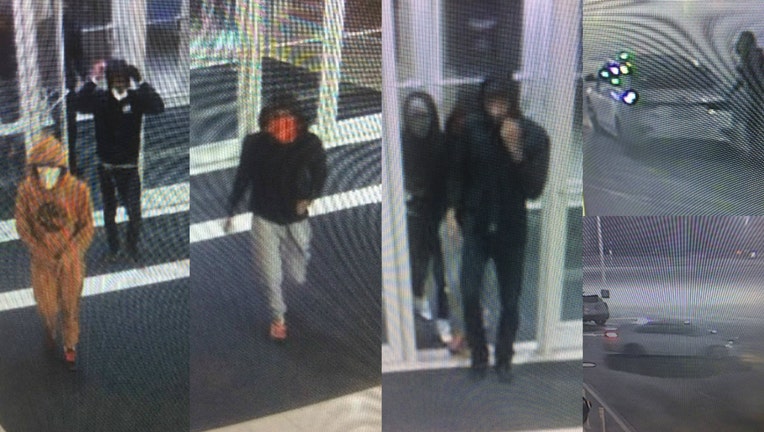 Suspects and their vehicle

NORTHBROOK, Ill. - Five teenagers wrapped their faces in scarves Monday evening when they stole about $20,000 of merchandise from a Louis Vuitton store in the Northbrook Court Mall, police say.

The teens entered the store about 7:30 p.m. in the 1500 block of Lake Cook Road and grabbed about 10 purses before running from the store, Northbrook police said in a statement.

Witnesses said the incident took a matter of seconds, and that the teens sped off east in a white car on Lake Cook Road, police said.

Northbook police contacted Chicago police, but could not say if it was related to a similar theft about an hour earlier on the Magnificent Mile in Chicago.

In that theft, five or six people wearing masks entered a Louis Vuitton about 6:50 p.m. in the 900 block of North Michigan Avenue and ran off with various merchandise, Chicago police said.

Chicago police said they fled north on Michigan in a black SUV.

In 2014, burglars drove a stolen car through the front doors of Louis Vuitton’s Northbrook Court location and ran out with merchandise.

A similar smash-and-grab burglary was reported at the Louis Vuitton store at the Oakbrook Center Mall in Oak Brook in September 2014 when burglars drove a minivan into the store and stole more than $120,000 worth of merchandise.