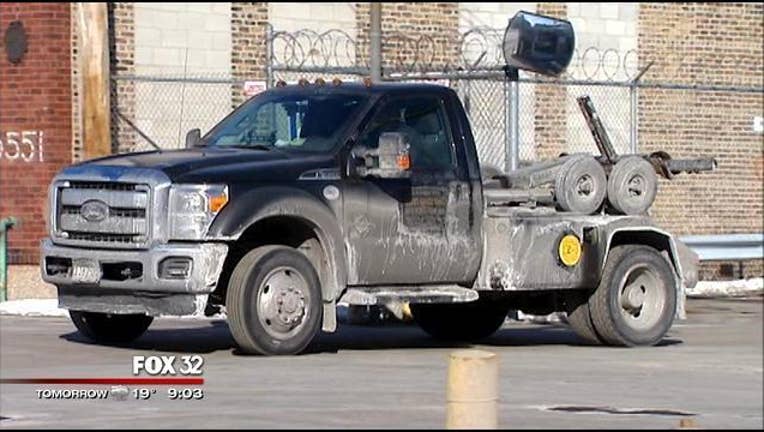 An online ad for towing services is generating complaints with the Chicago area Better Business Bureau.

The price the ad promises is far from what two customers say they got. Natalie bomke investigated how loose regulations of the towing industry are generating outrageous bills for Illinois consumers.

It was the first big snow of the year and Lucas Griganavicius' car slid off an interstate ramp. He was stuck.

"He called me and I said just call a tow truck, and he looked on Google and Jonny's Towing was the first one up there, and it had a quote of $65 dollars," said Coleen Scully, Lucas' mother.

That was a price Lucas, a college student paying his way through school, could afford.

However, something happened when it was time to pay.

"The tow truck driver said ok here's how much you owe, $450 dollars," Scully said. "For like 15 minutes, that's all they were there for, to charge $450 dollars, that is highway robbery."

"I was picking up my grandson from school and we went about 4 blocks and I heard a crash, like a blow out, but I was only going 20 and stopped the car right away," Nolan said.

The Illinois Commerce Commission requires tow truck drivers to give you the price of service in writing, before hooking up your vehicle. The state, though, doesn't regulate how much tow truck drivers can charge for service, mileage or hourly rates.

Scully said her son would never have agreed to the price if he had known.

Nolan said the same. Her daughter called the next day to try and recoup some of her money.

"He told her it was a dangerous job, yeah, and that, oh, what did she care what the price was? The insurance company would pay it," Nolan said.

FOX 32 wanted to find out what service from Johnny's Towing would cost $65 dollars, as listed in the ad and on their site.

At the first address, FOX 32 found where they park the trucks, but there was no one to talk to.

The second address was a sporting goods store, not a towing company.

Then, we called the number on the ad. Bert, who said he was the general manager, took our call.

"No, every job has at least mileage involved," Bert said.

A former employee, who asked not to be identified, called FOX 32 and confirmed that nothing is $65 dollars.

"It's bait and switch. He gets these people to call him for $65 dollars and tows are never $65 dollars," the employee said.

Steve Bernas is president of the Better Business Bureau of Chicago and Northern Illinois.

"According to our records, with the BBB, the consumer's allegations it looks like there is a pattern with this organization," Bernas said.

Jonny's Towing and Recovery, Inc. has an "F" rating with the consumer agency.

"I'm on a fixed income and I can't. You know that's a fourteen year old car with 190 thousand miles on it. You know if I had a lot of money it wouldn't be a problem," Nolan said.

To report a towing business, contact the Illinois Commerce Commission.

To find a reputable towing business, check out the BBB of Chicago and Northern Illinois.