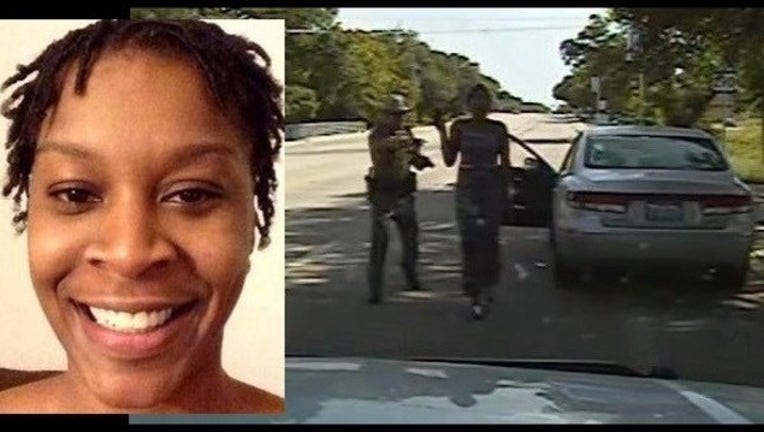 AUSTIN, Texas (AP) - The Texas trooper who arrested a black Chicago-area woman after a confrontation that began with a traffic stop had been cautioned about "unprofessional conduct" in a 2014 incident while he was still a probationary trooper.

The disciplinary entry regarding Trooper Brian Encinia of the Texas Department of Public Safety was contained in Encinia's personnel file. The department released the file Friday in response to Freedom on Information requests.

Encinia arrested Sandra Bland on July 10. She was found dead in a jail cell in Hempstead on July 13. Officials say she used a plastic bag to hang herself.

Encinia's performance evaluation for September and October 2014 referred to him receiving "a written counseling for unprofessional conduct ... occurring while at a school in Austin." The circumstances weren't specified.