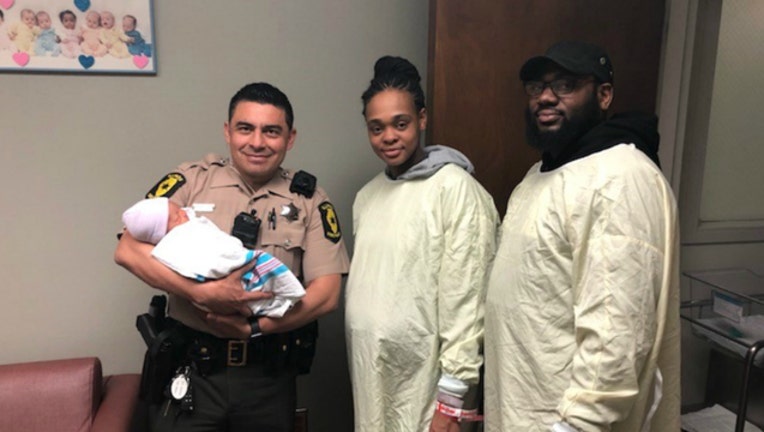 CHICAGO (Sun-Times Media Wire) - A baby boy was delivered on the shoulder of I-57 with the help of state troopers.

Minutes before midnight, Roland Watkins pulled in front of two Illinois State Troopers conducting a traffic stop Sunday in the northbound lanes of I-57 near 111th Street, state police said in a statement.

He told the troopers that his sister, Stacey Watkins, was in active labor in the car, police said.

The troopers went over to help, and within 10 minutes, Watkins had successfully delivered her baby boy, police said.

“I never thought I would get the opportunity to deliver a baby on the side of the road so early in my career,” Trooper Edgar Valdez De Leon said, a one-year veteran with ISP. “It was a high stress situation, but … I was confident enough to use [my] training…”

Baby Carter Lee Smothers was transported, along with his mom, to a hospital by ambulance, police said.

The other trooper, eight-year veteran Michael Vodicka, was also commended for helping with the delivery, police said.

The troopers “were able to demonstrate their dedication to service when they handled this incident,” state police District Chicago Cmdr. Margaret McGreal said.