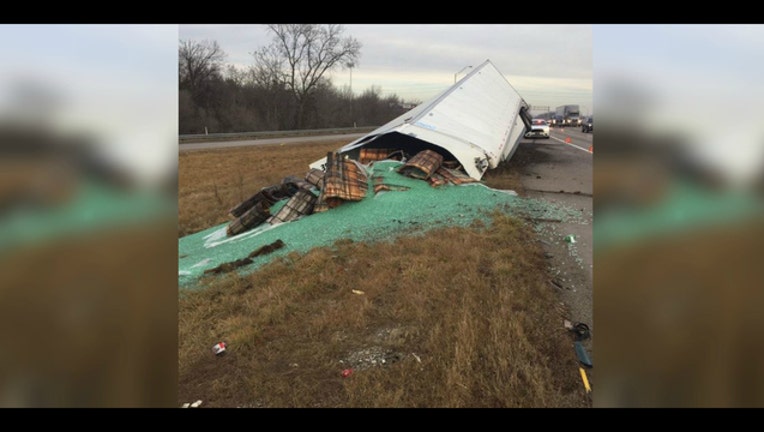 INDIANAPOLIS (AP) -- A trucker has lost his marbles in the Indianapolis area.

State police tell TV station WXIN that a truck carrying 38,000 pounds of marbles lost its trailer Saturday on southbound Interstate 465, near Pendleton Pike. The marbles were on the shoulder and in the median.

There were no injuries, but a lane of traffic in that area was affected by the cleanup during much of the day.