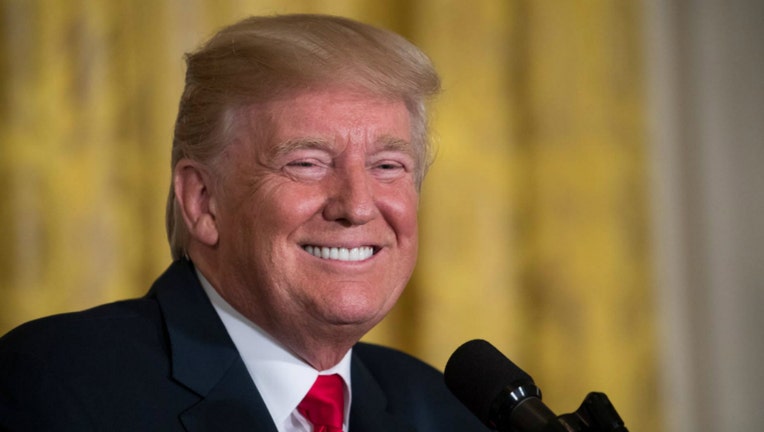 LAS VEGAS - President Donald Trump would like to freeze the moment. He had relished watching a fractious Democratic debate. He had soaked in affirmation at a rally. And he was spending the night at one of his hotels, on the Las Vegas Strip.

Trump's campaign poll numbers have improved since his impeachment trial wrapped up in January and his campaign has broken fundraising records, raising $60 million in January and $14 million this week in California alone. But Bloomberg's willingness to spend near-unlimited sums to defeat Trump this fall, and the mocking tone of many of his ads, have deeply rankled the president.

Trump, making a rare four-day swing through the West, was exuding reelection confidence Thursday after the prior night's prize fight of a debate in Las Vegas. He reveled in the intra-party squabbling and the weak debut debate performance turned in by former New York City Mayor Mike Bloomberg, according to aides and allies.

When Trump woke up Thursday morning in his gilded Las Vegas hotel, his base during the four-state western trip, he tuned in to the post-debate coverage and displayed his glee.

Repurposing one of Bloomberg's own quotes about the Democratic infighting, Trump tweeted: “The real winner last night was Donald Trump.” He tacked on his own coda: “I agree!”

The night before, after his own campaign rally in Phoenix, Trump summoned reporters to his office aboard Air Force One to join him in watching a replay of the debate on the return flight to Las Vegas. His motorcade jammed up traffic for more than a half hour as it passed the casino that had hosted the Democrats' debate in the lead-up to the party caucuses in Nevada on Saturday.

Trump was holding his third campaign rally in three days later Thursday in Colorado Springs. But his preoccupation with the scrambled nomination race for the Democrats seeking to replace him has been clear throughout the trip.

Bloomberg has been the most disconcerting force in the 2020 race for Trump since the ultra-billionaire entered the fray in November and spent more than $400 million, which rocketed him in the polls in just three months.

Trump's campaign had organized itself around the strategy that it would be able to paint any rival as an extreme liberal, a "socialist" or worse, and concerns mounted that strategists would have to come up with a different plan should Bloomberg win the nomination.

Trump's team saw the debate as validating his reelection strategy and providing a fresh opening for Vermont Sen. Bernie Sanders, a self-described Democratic socialist, to gain a significant delegate lead on Super Tuesday. The president was hopeful that panic from more moderate Democrats at Sanders' rise would only further fracture the Democratic Party.

“We don't care who the hell it is,” Trump boasted Wednesday. "We're going to win.”

Trump on Thursday placed a round of calls to confidants, echoing the thoughts he had posted on Twitter — at times with more colorful language — and opining that Bloomberg did not appear ready for the moment, according to two Republicans close to the White House who spoke on condition of anonymity because they were not authorized to speak publicly about private conversations.

Long insecure about Bloomberg’s wealth, Trump told confidants that the debate proved money alone did not lead to his own electoral success.

His eldest son echoed the thought as he tweeted during the debate.

“Like a deer in the headlights! Like I said last week Mini, you can’t buy personality or wit and the whole world just saw it,” Donald Trump Jr. wrote.

Between three rallies and a pair of high-dollar fundraisers, Trump sought to use his western swing to highlight administration policies that delivered on campaign promises and appealed to key demographics.

On Wednesday, he ceremoniously signed new environmental regulations that eased water restrictions on farmers in the heavily Republican California Central Valley. On Thursday, Trump spoke to a graduating class of ex-prisoners in a renewed appeal to communities of color, as he championed his administration’s work on criminal justice reform.

"Your future does not have to be defined by the mistakes of your past,” Trump told the graduates, before turning to political topics.

Trump received updates on the debate's opening minutes Wednesday evening moments before he took the stage at a rally in a packed Phoenix arena and promptly delivered his first review.

“I hear he's getting pounded tonight — you know he's in a debate,” Trump said about the man he has dubbed “Mini Mike” because of his short stature. “I hear that pounding. He spent $500 million so far and I think he has 15 points. Crazy Bernie was at 30."