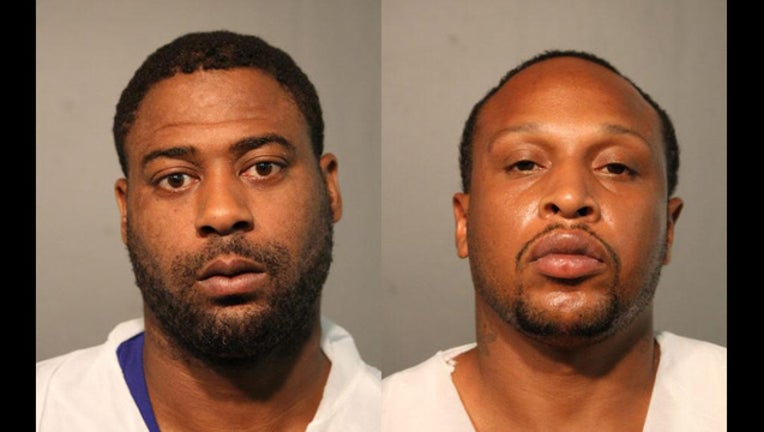 CHICAGO (FOX 32 News) - Two men have been charged with shooting two others to death early Wednesday in the Uptown neighborhood on the North Side.

The attack happened at 2:17 a.m. when 28-year-old Michael Laster and 33-year-old Jonathon Thompson shot two other men in the 5000 block of North Winthrop, police said.

Robert Anderson, 34, of the 7900 block of South Ridgeland was taken to Illinois Masonic Medical Center, where he was pronounced dead at 2:55 a.m., according to the Cook County medical examiner’s office.

A 32-year-old man, whose identity had not been released as of Friday morning, was pronounced dead at the scene, authorities said.

Laster, of the 6100 block of North Seeley, and Thompson, of the 5400 block of North Kenmore, were later identified as the shooters, police said. They were each charged with two counts of first-degree murder.

Both men were expected to appear in bond court Thursday.