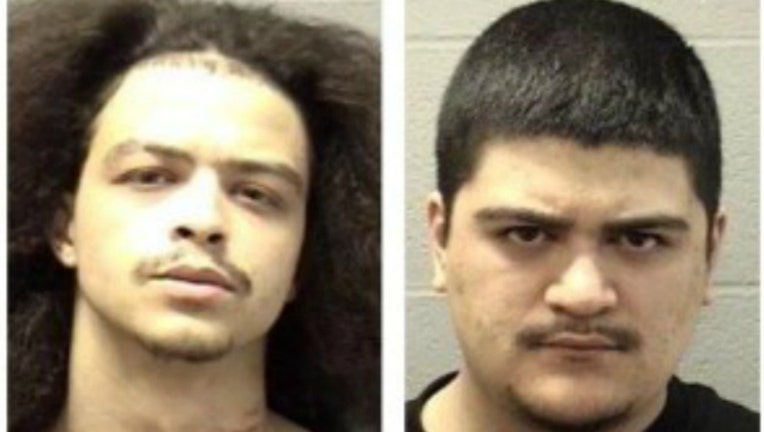 Christopher Caraway-Hahs and Emilio Villegas were each charged with six felonies, including three counts of armed violence and one count of manufacture or delivery of a controlled substance, Elgin police said in a statement.

Officials were investigating a drug complaint April 18 in the area of Wing Street and Crystal Avenue when they conducted a traffic stop on two vehicles, police said.

Caraway-Hahs, of Waukegan, was riding in a taxi that was stopped by officers, police said. He was taken into custody after it was discovered he had an active arrest warrant.

Villegas, of Elgin, was stopped in a separate vehicle and officers allegedly found marijuana and a loaded pistol magazine on him during a search, police said. He was arrested for being in possession of a loaded magazine with a revoked FOID card.

An investigation found Caraway-Hahs and Villegas knew each other, police said. Their bail was set at $250,000 and $200,000 respectively.