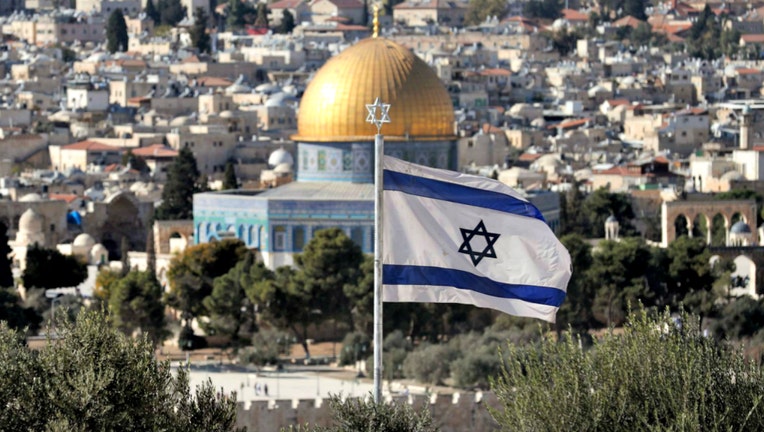 The Trump administration issued an advisory Monday for Americans in parts of Israel, Jerusalem and the Palestinian territories of the West Bank and the Gaza Strip as tensions continue to escalate in the region following U.S. airstrikes that killed an Iranian general last week.

A statement from the U.S. Embassy in Israel said the alert was issued "out of an abundance of caution." It urged Americans to "take appropriate steps to increase their security awareness, as security incidents, including rocket fire, often take place without warning."

"In the event of mortar or rocket fire, a red alert siren may be activated. Treat all such alerts as real; follow the instructions from local authorities and seek shelter immediately. Know the location of your closest shelter or protected space," the statement continued.

Tensions between the U.S. and Iran reached a boiling point over the weekend following the death of Qassem Soleimani, the leader of Iran's Islamic Revolutionary Guard Corps' elite Quds Force, during Friday airstrikes in Baghdad, Iraq.

A former Revolutionary Guard leader suggested the Israeli city of Haifa and others could be targeted should the U.S. take further action against Iran.

“Iran’s revenge against America for the assassination of Soleimani will be severe. ... Haifa and Israeli military centers will be included in the retaliation,” Mohsen Rezaei said in a televised speech to mourners in Tehran.

American officials said Soleimani was responsible for the deaths of many U.S. troops in Iraq while Tehran said it would take actions to avenge his death, among other threats, including attacking the White House.

Trump responded by vowing to meet any Iranian strike with "disproportionate" response. He said the U.S. would target 52 Iranian sites “at a very high level & important to Iran & the Iranian culture.”

On Sunday, Iran said it would no longer abide its commitments to the 2015 nuclear deal it struck with various Western powers. Trump pulled out of the Obama-era accord in 2018 and imposed crippling sanctions that have heightened tensions between Washington and Tehran.

The same day Iran announced it would continue its nuclear ambitions, Iraqi lawmakers approved a resolution calling for U.S. troops to leave the country.

The U.S. Embassy in Israel said it will continue to monitor the security situation in the area.