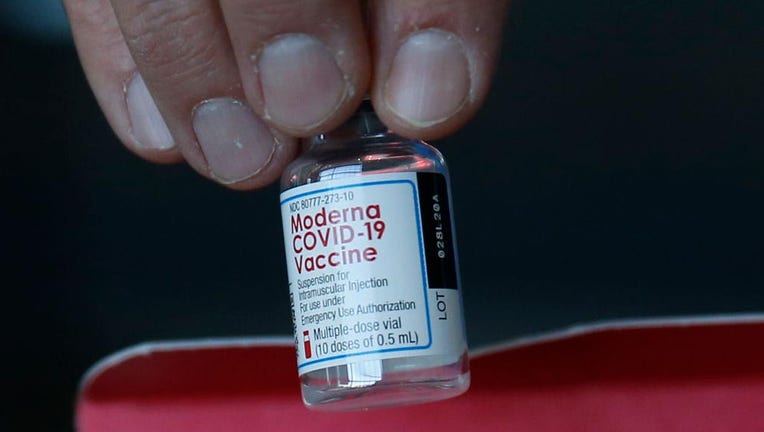 The Moderna vaccine is seen during the opening day of vaccinations on Jan. 18, 2021 for first responders at the Gillette Stadium/CIC Health COVID-19 Vaccination Site, in Foxborough, MA, the first large-scale vaccination site in Massachusetts. (Photo

CHICAGO - As Illinois ramps up its inoculation effort, public health data shows vaccines were administered in the first half of February at triple the rate for the same period in January.

Another 59,000 people on Saturday were vaccinated against COVID-19 in Illinois, raising the total doses administered to 1,783,345, according to the health department. Nearly a quarter million of those doses were administered at long-term health facilities.

In Illinois, 414,301 people have been fully vaccinated against the coronavirus since inoculations began mid-December. That’s 3.25% of the state’s 12.7 million people.

The state on Sunday also reported 35 more deaths from the coronavirus, along with 1,631 new confirmed cases from among 64,949 tests administered. Those cases bumped up the state’s rolling positivity average to 3.0%. Saturday’s average test positivity rate of 2.9% was the lowest the state’s seen since July.

Deaths reported Sunday included 14 people from the Chicago area, health officials said. Victims in Cook County ranged in age from a woman in her 50s to three people in their 90s.