A man was killed and another seriously injured Thursday while refilling the gas tank of a relative’s car on I-57 in the south suburbs, police say.

A man was killed and another seriously injured Thursday while refilling the gas tank of a relative’s car on I-57 in the south suburbs, police say.

A 43-year-old woman’s black Pontiac ran out of gas Thursday morning on the ramp from northbound I-57 to westbound I-80, Illinois State Police said. She called her relatives, who met her on the expressway shoulder about 7 a.m.

While refilling the tank, a 26-year-old woman driving a 2014 white Acura sedan veered to avoid another car and crashed into the Pontiac and the two male relatives, state police said. The woman was uninjured.

Both men were taken in serious condition to hospitals, where one of them died, state police said. He has been identified by family as 51-year-old Gregory Campbell. 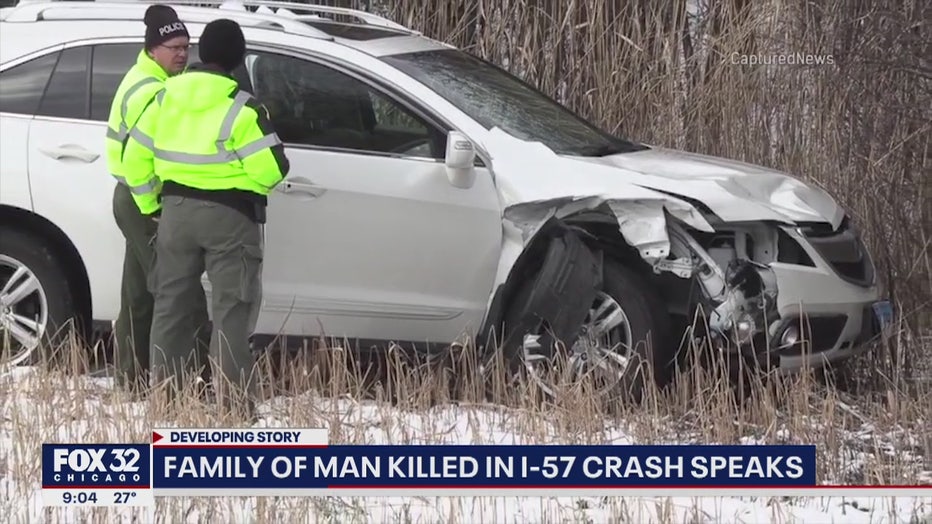 Campbell's sister remembers her younger brother "GC" as a superhero.

"He would help anybody. Anybody. And whoever hit him, I know that they're going through a lot and I hope that they know that it wasn't their fault. Accidents happen. He just was at the wrong place at the wrong time," said JoAnn Campbell.

The driver who struck them stayed at the scene and has been cooperative, state police said. They have not been charged.

The Cook County medical examiner’s office has not released details on the fatality.