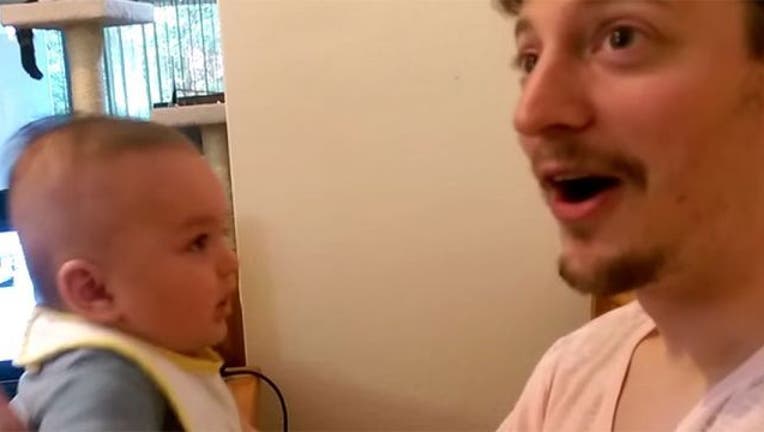 FOX News -- A three-month-old baby shocked his mother and father by saying “I love you” in a clip that has since gone viral.

The infant, identified as “Ben,” is featured in the clip being held by his father, Ted Moskalenko, as the two babble back and forth to each other.

Ted then tells Ben that he loves him, to which Ben responds “I love you,” leaving his father shocked. The clip has been viewed more than 200,000 times.