In a statement, the film academy said it will also "explore further action and consequences in accordance with our Bylaws, Standards of Conduct and California law."

Smith stormed the Oscars stage and slapped Rock after he made a joke about Pinkett Smith's bald head while presenting an award.

"Will Smith just smacked the s--- out of me," Rock said as Smith walked off the stage.

The new video angle, which features a shot of Pinkett Smith from behind, shows the actress laughing at Rock's comment.

Rock's remark came before Smith began yelling at the comedian from his seat.

"Keep my wife's name out your f---ing mouth," Smith could be heard yelling at Rock.

"Leave my wife's name out your f---ing mouth," he repeated.

"People saying Will Smith was protecting Jada, Why wasn’t JADA protecting Will from literally ruining his entire career? My Wife would’ve been fighting me before I sat down for making an a--hole of myself & our family," he wrote. 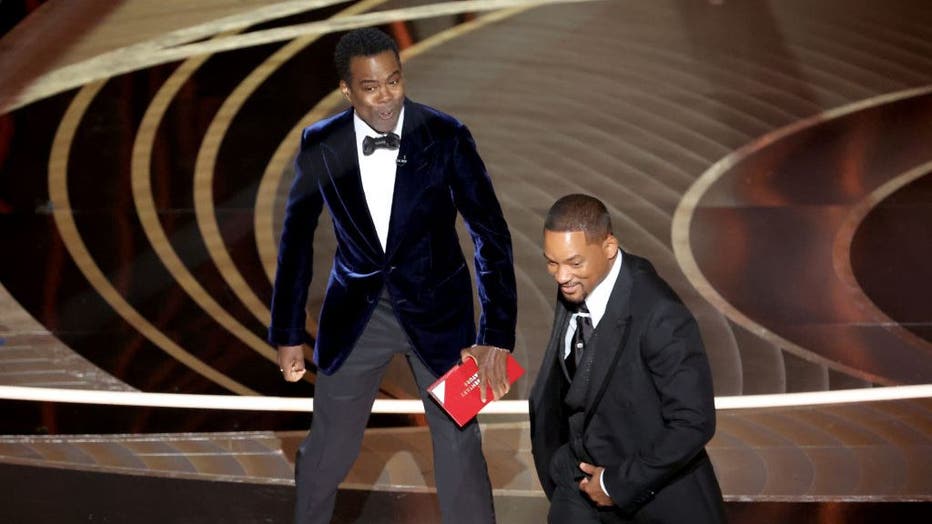 HOLLYWOOD, CA - March 27, 2022. Chris Rock and Will Smith onstage during the show at the 94th Academy Awards at the Dolby Theatre at Ovation Hollywood on Sunday, March 27, 2022. (Myung Chun / Los Angeles Times via Getty Images)

Less than an hour after slapping Rock on stage at the Academy Awards, Smith accepted the best actor award for his role in "King Richard."

After a board of governors meeting, the Academy revealed it had "initiated disciplinary proceedings" against Smith. The actor has 15 days to submit a written response to be considered by the Academy.

The next board meeting will take place on April 18 and the Academy has said at that meeting it may take "any disciplinary action," including expulsion or suspension.

"How was your weekend?" Rock asked the sold-out crowd at the Wilbur, a theater of 1,200 seats in Boston. "I had a whole list of jokes. I had a whole show I wrote before this weekend, and I'm still kind of processing what happened."

After his initial comments, Rock continued with his planned show. 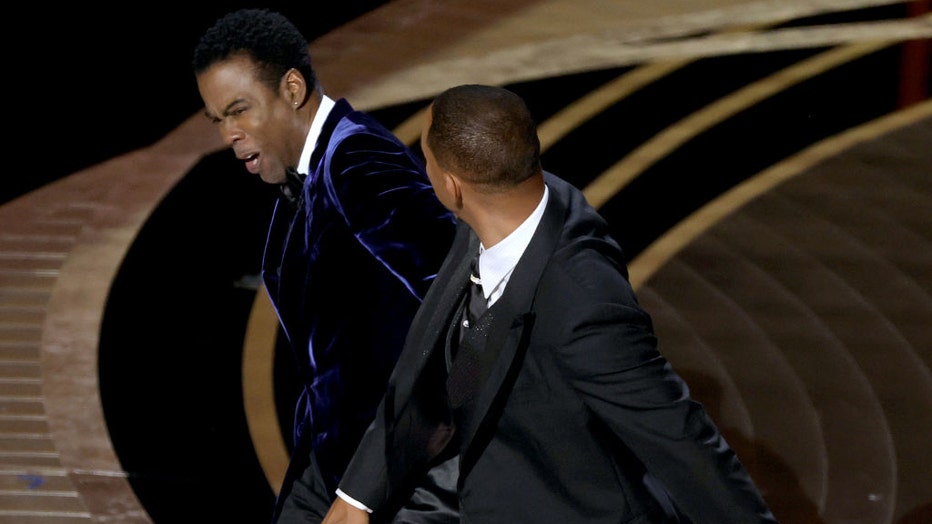 "My behavior at last night’s Academy Awards was unacceptable and inexcusable. Jokes at my expense are a part of the job, but a joke about Jada’s medical condition was too much for me to bear and I reacted emotionally."

"I would like to publicly apologize to you, Chris. I was out of line and I was wrong. I am embarrassed and my actions were not indicative of the man I want to be. There is no place for violence in a world of love and kindness."