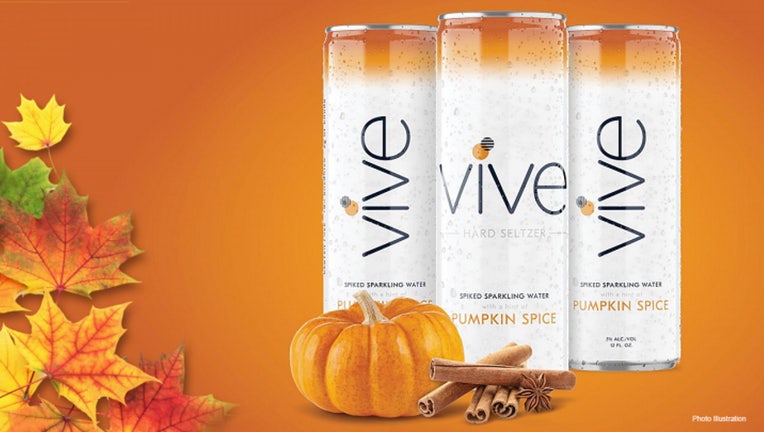 Vive, a spiked seltzer company made by Braxton Brewing Company, is launching its pumpkin spice hard seltzer next month. (Vive)

It’s the middle of August and pumpkin spice is already on everyone’s mind.

From Pumking’s new whiskey variation of the beloved ale, to Dunkin announcing the earliest launch of its fall-flavored products, and Starbucks returning pumpkin spice coffee and creamers to grocery stores, the season is officially upon us.

So it should be a surprise to no one that pumpkin spice is getting a seltzer makeover.

Vive, a spiked seltzer company made by Braxton Brewing Company, is launching its pumpkin spice hard seltzer next month.

The direct competitor to White Claw will be the first to roll out a fall-themed spiked seltzer.

"VIVE Pumpkin Spice is likely going to be laughed at initially, but when you try it, you'll quickly understand why we're thrilled to launch!" CEO of Braxton Brewing Company Jake Rouse said via a press release.

The seasonal seltzer is only available, for now, at Kroger grocery stores throughout Ohio, Kentucky and Tennessee starting September 2020. A six-pack will run $9.99.