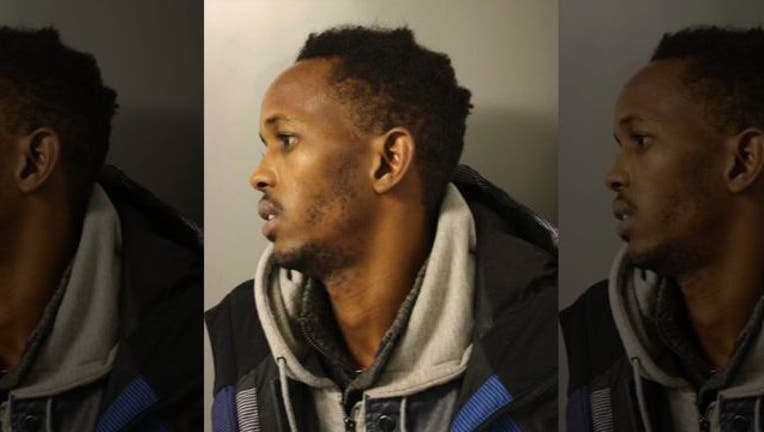 This photo provided by Shelburne police shows Abukar Ibrahim. Police say Ibrahim used a machete to attack a woman in her 70s, Friday, Jan. 5, 2018, as she delivered meals to a motel being used as emergency housing for the homeless. (Shelburne Police)

(FoxNews.com) - A woman in her 70s who was delivering meals to the homeless in Vermont was attacked by a man wielding a machete, police said.

WCAX-TV reports that Abukar Ibrahim, 32, attacked a 73-year-old Meals on Wheels volunteer who was leaving meals at Harbor Place, which serves as a temporary emergency housing facility.

The woman was sent to a hospital with multiple injuries and later released.

The attack happened Friday in Shelburne.

According to police, Ibrahim barricaded himself in a room for more than two hours after the attack before coming out. He was being held at the Chittenden Regional Correctional Facility.

It was unclear whether he has an attorney.