Update: Waffle House has increated the number of restaurants closed in order to reduce the spread of the virus.

More than 400 Waffle House restaurants have closed throughout the Southeast as officials work to reduce the spread of the deadly coronavirus.

The Atlanta-based chain made the announcement last week that it was temporarily closing 365 restaurants throughout United States. That number has increased to 429, as of March 26.

The majority of the closings are in Ohio, Indiana, Kentucky, and around the Gulf Coast. Most of Georgia's Waffle Houses remain open.

Since Waffle House is usually open 24 hours a day, seven days a week, it's unusual for the chain to close up, leading to an unofficial emergency system known as the Waffle House Index.

LIST: These stores and restaurants are adjusting hours during the coronavirus pandemic

Learn more about the coronavirus outbreak in Georgia

One Waffle House in Cherokee County temporarily closed earlier this month after one of its employees tested positive for COVID-19. That employee has since been given a clean bill of health after recovering from the virus. 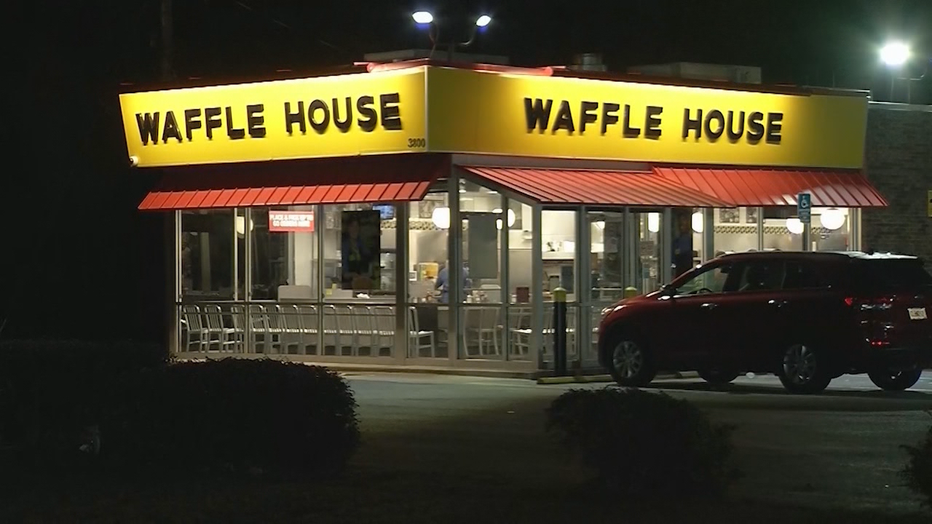 Officials say the employee has not worked in any restaurant since March 1 and only worked that one day during the past two weeks.

Since the first cases of COVID-19 were confirmed in Georgia, Gov. Brian Kemp has issued a "shelter-in-place" order for groups "at-risk." Groups affected by the order include people living in longterm care facilities, have chronic lung disease, are undergoing cancer treatment, have a positive or are suspected to have a positive test, or who have been exposed to someone who tests positive for COVID-19.

All public schools in the state were ordered closed until March 31. Public gatherings have also been limited to no more than 10 people in order to prevent the spread of the virus. The executive order will also enforce a statewide closure of all bars and nightclubs.

Why social distancing can save lives amid COVID-19 pandemic

Social distancing is not only about preventing the illness itself, but rather, slowing the rate at which people get sick.

Mobile testing sites have been deployed in certain regions of the state, with more on the way. Kemp has said he does not plan to impose any statewide curfews, business closures or forced quarantines.

Though the governor has not declared a state of emergency for all of Georgia, many local municipalities have.

Monday evening, Mayor Keisha Lance Bottoms issued an executive order asking all residents of the city of "stay at their place of residence" for 14 days starting at midnight on March 24. The order also urges homeless people to seek out shelter and direct "government and other entities to provide it."

Symptoms, testing and how to prepare amid growing COVID-19 outbreak

"Based upon our density & specific needs/concerns in Atlanta, I’ve signed a 14 day Stay at Home Order," the mayor posted on Twitter.

“Drastic measures must be taken to decelerate the spread of COVID-19,” Albany Mayor Bo Dorough said at a news conference Friday. “We anticipate the results of the more than 1,000 tests we have conducted will confirm we have hundreds of people in Dougherty County with the virus.”

Atlanta and multiple suburbs have banned in-restaurant dining, limiting eateries to takeout and delivery service, as well as closing bars, theaters, bowling alleys and other gathering places. Tybee Island banned visitors to beaches, as well as the open consumption of alcohol.

Georgia has opened at least 13 drive-thru locations for virus testing and plans more. Kemp says priority for tests is being given to those at highest risk — the elderly, people who already have chronic illnesses, those in nursing homes or other long-term care facilities and first responders such as paramedics.