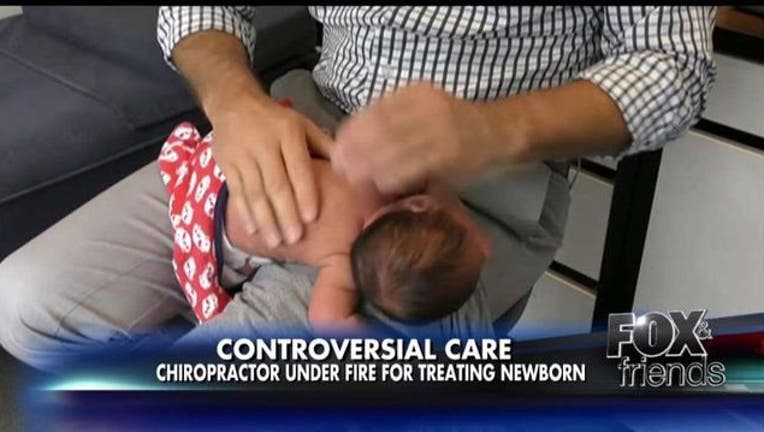 Shocking video has surfaced showing an Australian chiropractor appearing to crack a newborn baby’s back. Treatment of the baby, who had colic and was only 4 days old, is prompting a firestorm of controversy as doctors weigh in on either side. One doctor said on Fox and Friends Weekend this morning that the treatment is not as dangerous as it may sound – and “works really well with calming babies.”

“The noise you hear is gas being released from the joint. It’s a fairly normal thing,” said Dr. Tim Bain of Bain Complete Wellness. “You’re not cracking the back, per se.”

But attending physician Dr. Philippa Cheetham says she wouldn’t do it for her kids. “The problem with this – first of all, we still don’t know what causes colic. We know that it’s a very distressing symptom for baby and for parents,” she told Brian, Tucker and Anna.

Colic is “extremely common,” Dr. Cheetham pointed out. “Children grow out of it. We must remember that this does not have a medical cause...We have to be very careful,” she added. “There’s no evidence that this is effective treatment for colic.”