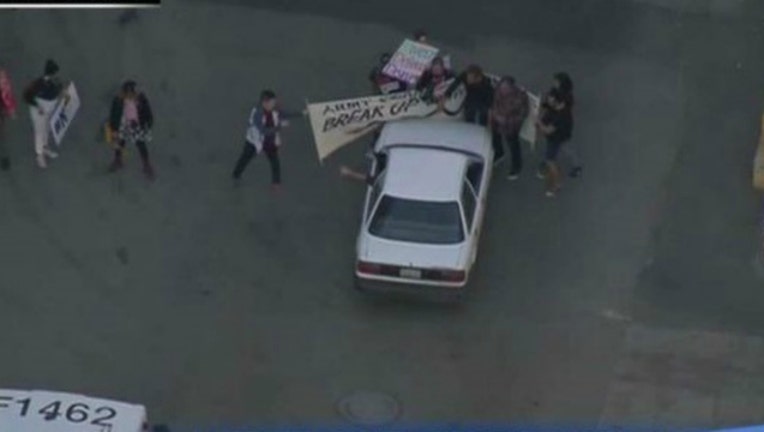 FOX NEWS - A driver had no time for pipeline protesters who were blocking traffic in Los Angeles on Tuesday.

The small group of protesters, who oppose the planned construction of the $3.8 billion Dakota Access oil pipeline, blocked traffic near the U.S. Army Corp of Engineers office in downtown L.A.

During the demonstration, aerial footage showed a motorist in a white car who was determined to get to his destination. Instead of going around the crowd, the driver went right into it.

As the vehicle pushed through, protesters gathered around it with their signs. One even briefly rode on the hood of the car before falling off.