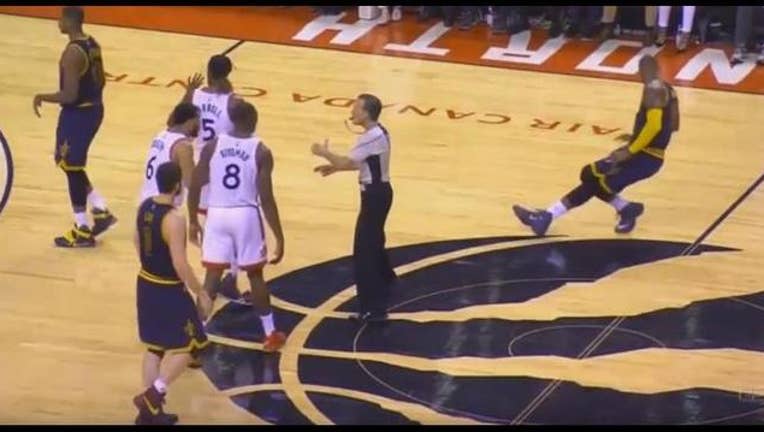 FOX News - During Game 3 of the NBA Eastern Conference Finals on Saturday, LeBron James was accidentally elbowed, leading to one of the most egregious, over-the-top flops in NBA history.

The referee ended up handing out a technical foul to the Toronto Raptors, despite the fact that it was actually James' teammate who elbowed him.

At one point on Saturday night, the hashtags "Lmao LeBron" and "Lol LeBron" were actually trending on Twitter.

Slow-motion video of the flop only makes it worse: