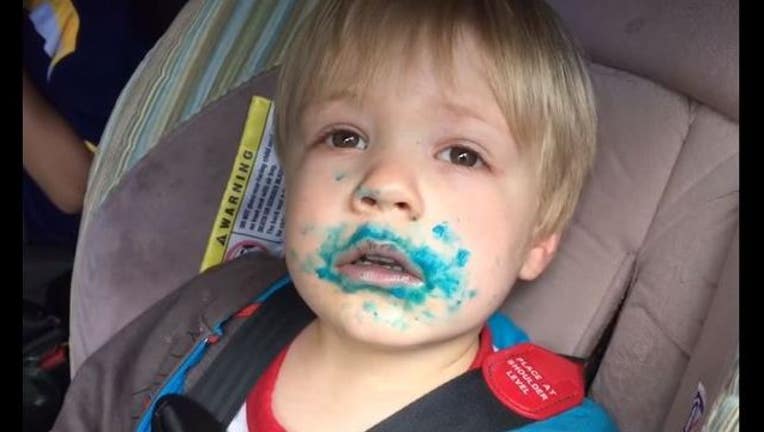 CHICAGO (FOX News) _ An adorable video of a little boy denying eating a cupcake - despite overwhelming evidence to the contrary - is sweeping the Internet.

The hilarious clip shows the youngster - named Jack - with blue icing smeared all over his face.

Even as his father continues to question him, Jack steadfastly, admirably sticks to his story.

The now-viral clip was posted on YouTube on October 17 by user Dave T. Koenig. Click here to read more from FOX News.