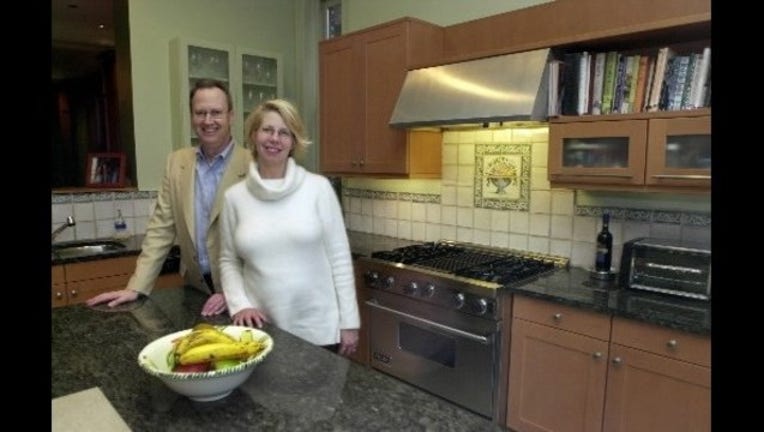 The wife of a Loop CEO who died last year after he was shot by a demoted executive — who then turned the gun on himself — filed a lawsuit Thursday against the shooter’s estate.

The shooting happened the morning of July 31, 2014 at the 17th floor ArrowStream office inside the Bank of America Building, 231 S. LaSalle St. Police said DeFrances had been demoted as chief technology officer six days earlier at Arrowstream, where Steven LaVoie, of LaGrange, was the CEO.

The men were in a meeting in Steven LaVoie’s 17th Floor office when co-workers outside heard shouts and three or four gunshots. Authorities said DeFrances, 60, shot Steven LaVoie in the stomach and head before turning the gun on himself.

DeFrances died that day. LaVoie remained at Northwestern Memorial Hospital until he died in October 2014.

The suit, which said the men were close friends outside work, claims DeFrances was being treated for a mental illness before the day of the shooting.

Among several points, the suit claims DeFrances was negligent for using a gun while he was under treatment and without a license. The suit also places blame on him for bringing a loaded gun into a meeting.

Steven LaVoie left his wife and three daughters —15, 12 and 9 at the time — behind, who have all “suffered the loss of support, society, companionship, love and affection” of their husband and dad, the suit said.

At his memorial service last October, Steven LaVoie’s sister Lisa Killian said he was devoted to his family.

“Those girls were Steven’s life,” said his sister, Lisa Killian, whether he was attending dances, Indian Princess meetings or soccer games with them.

The Rev. Rebecca McClintock told mourners that Jody LaVoie thought her husband would have been heartbroken to know that DeFrances was in so much pain that he thought the shooting was a good solution.

Balmes, whose relationship to DeFrances wasn’t known, couldn’t be reached for comment Thursday.

Among its claims, the four-count suit alleges wrongful death and negligence, and it seeks an unspecified amount in damages.