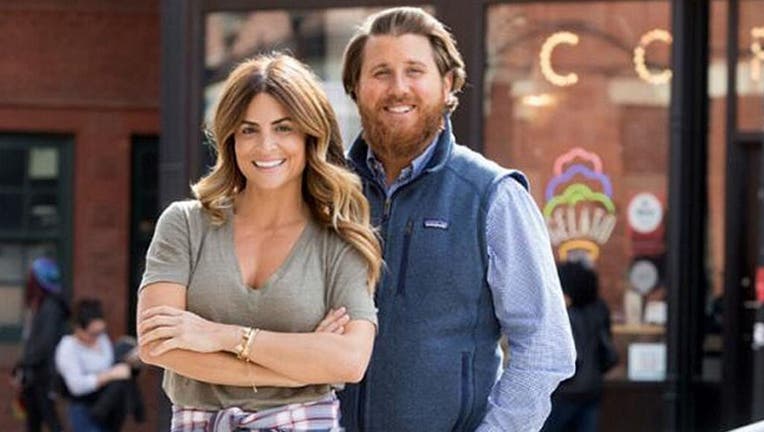 CHICAGO - The hosts of HGTV's "Windy City Rehab" have been sued by a Chicago couple who claim they shelled out $1.4 million on a home that began falling apart just days later.

James and Anna Morrissey filed the lawsuit on Dec. 30 in Cook County, alleging that TV hosts Alison Gramenos, known on the show as Alison Victoria, and Donovan Eckhardt are guilty of breach of contract, breach of warranty, defective and shoddy work and consumer fraud, according to the Chicago Sun-Times.

The couple is demanding a reversal of the sale of the home. Additionally, the Morriseys are asking to be reimbursed $80,000 for "upgrades and landscaping," as well as an unspecified amount for emotional distress and punitive damages, according to the report.

The buyers alleged that just one day after they closed on the house, the shower in upper floor leaked "gallons" of water to the kitchen ceiling below it, the Chicago Sun-Times reported.

According to the outlet, the couple lists several other issues that have taken place in the home since moving in. James and Anna Morrisey claim they were promised a new roof that was never installed, adding that "leaks and water penetration" exist in the walls, windows, ceilings and masonry work.

Additionally, the couple claimed the master bathroom and closet were affected by water that came through the windows, which added "substantial damage to the surrounding structure, masonry and interior walls."

The couple alleged that "nearly every window" was not installed properly and accused the HGTV hosts of installing a "crooked" front door.

The suit also claims that three of the bedroom windows began leaking with water and "large areas of masonry and mortar are crumbling," according to the outlet.

The home is approximately 4,000 square feet in the Lincoln Square neighborhood.

The court filing comes nearly six months after the city of Chicago suspended the construction permit privileges of the HGTV hosts following a notice for Victoria's LLCs that listed allegations such as performing or directing work without proper permits, making false statements on permit applications, and performing or directing "work that poses an immediate or imminent threat to the health and safety of workers or the public."

The hosts endured four months of delayed construction but were eventually given the green light to return to work in November.

The HGTV flipping series was one of the network's top-rated shows in 2019.