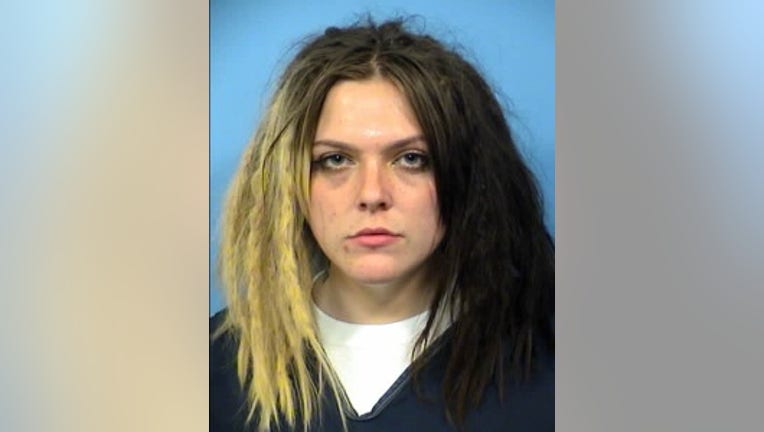 Amanda Wolf, 23, is charged with attempted terrorism and possession of an incendiary device, the DuPage County state’s attorney’s office said.

Wolf allegedly supplied Christian Frazee, 25, with materials to make the Molotov cocktail he was seen holding as he walked toward village-owned vehicles about 12:30 a.m. on June 1, prosecutors said.

She had allegedly been texting with Frazee throughout the day, including an exchange where Frazee told her he was going to “Throw sh– at the cop car,” prosecutors said.

In another text exchange, Frazee asked Wolf if peroxide is flammable and she responded “Wya I got that stuff for ya I also threw in some acetone I know that’s flammable lol,” prosecutors said.

Frazee was previously charged with attempted terrorism and possession of an incendiary device, prosecutors said.

Wolf appeared at a hearing Wednesday where her bail was set at $750,000. She is expected back in court Aug. 28.