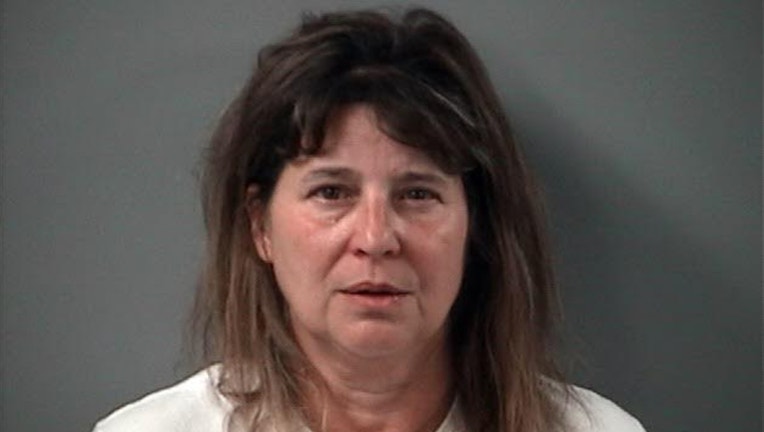 CRYSTAL LAKE, Ill. - A Crystal Lake woman has been charged in connection with a hit-and-run that killed a man and seriously injured a woman Monday in the northwest suburb.

Carolyn Tyrrell, 53, was charged with a felony count of leaving the scene of a fatal motor vehicle crash, Crystal Lake police said.

About 7:40 p.m., officials responded to calls of a vehicle crash with injuries in the intersection of Virginia Road and Berkshire Drive, Crystal Lake police said. Upon their arrival, they found a man and woman, both of whom were on a motorcycle, in the street with serious injuries.

An investigation found that the motorcycle, driven by the man with the woman as his passenger, was southbound on Virginia Road when a red sedan struck them before fleeing westbound on Berkshire Drive.

The man was taken to Northwestern Hospital in Huntley, where he was later pronounced dead, police said. The woman was flown to the Condell Medical Center in Libertyville in serious condition.

Officers found Tyrrell’s vehicle and took her into custody about 15 minutes after she left the scene of the crash, in the 900 block of Wesley Drive — just over two miles away — police said.

The investigation is ongoing and police said they expect additional charges to be filed against Tyrrell.