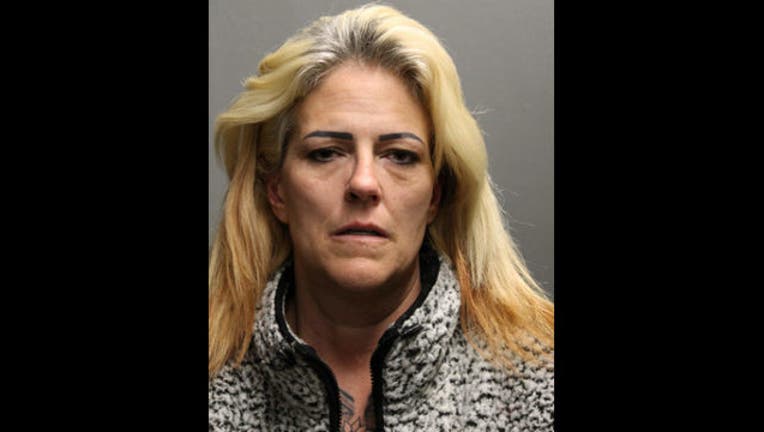 CHICAGO - A woman is facing DUI charges for a crash that left two other drivers injured Monday in Wicker Park.

James was driving north about 3:46 a.m. when she stopped in the 1500 block of North Ashland Avenue, police said.

Witnesses told investigators she was yelling in her car when she turned around and sped south on Ashland, police said. Her vehicle then hit two other vehicles that were stopped at a traffic light.

James refused medical treatment and was arrested, police said. In addition to the criminal charges, she was also issued traffic citations for failure to reduce speed and disobeying a red light.

Judge Susana L. Ortiz ordered her held on $300,000 bail during a hearing Wednesday, according to Cook County court records. Her next court date was scheduled for July 16.