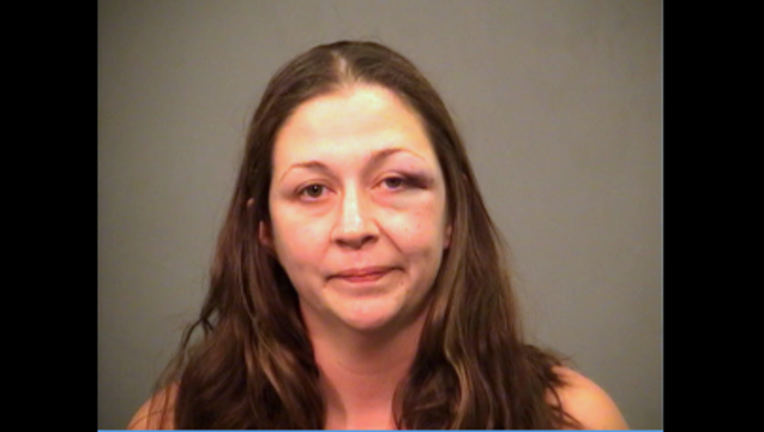 JOLIET, Ill. (SUN TIMES MEDIA WIRE) - A woman is accused of driving while drunk and ramming into a vehicle she falsely believed held kidnapped children.

Tincher allegedly followed the vehicle over the Ruby Street bridge and then rammed the vehicle, causing damage, police said. Officers witnessed the ramming and pulled over both vehicles about 10:45 p.m.

Tincher told officers that three abducted girls were inside the vehicle she was following, police said. Tincher related that she was trying to help the children by honking her horn and eventually ramming the vehicle, police said.

Officers could not locate the children Tincher was describing, police said. The other vehicle contained only two adults and their 2-year-old son.

Police said Tincher appeared intoxicated. She refused to take a sobriety test, and an open alcoholic drink was found inside her vehicle, police said. Tincher has prior convictions for DUI, police said. Police obtained a search warrant to take Tincher's blood at a hospital for testing.

Tincher, of Joliet, was taken to Will County Jail on charges of DUI, aggravated DUI, reckless driving, driving with a revoked license, illegal transportation of alcohol, criminal damage to property and driving an uninsured vehicle, according to county records.