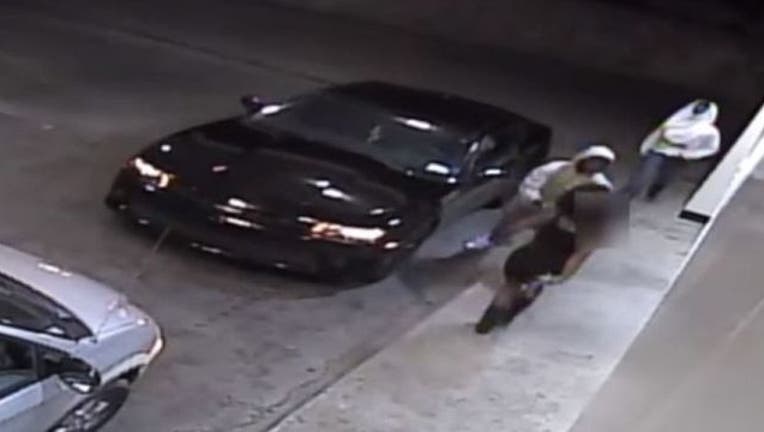 (FoxNews.com) - A woman in Georgia fought back when two teens with a gun tried to steal her car -- a frightening incident captured on surveillance video.

The video shows Jasmine Warren, 25, bravely taking on the two would-be carjackers at a northwest Atlanta gas station Saturday night after they grabbed her and hit her over the head with a gun, WSB-TV Atlanta reports.

She struggled with one of the teens after he jumped into the driver’s seat.